Chile: Luciano wakes from induced coma; action at the hospital

Translations have appeared by other comrades concerning Luciano’s health (he awoke from the medically-induced coma) and the solidarity action that occurred. Both translations follow: 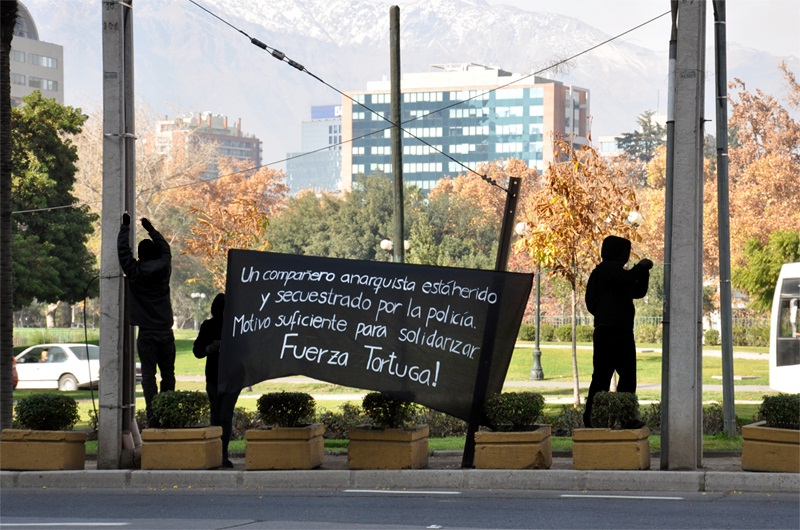 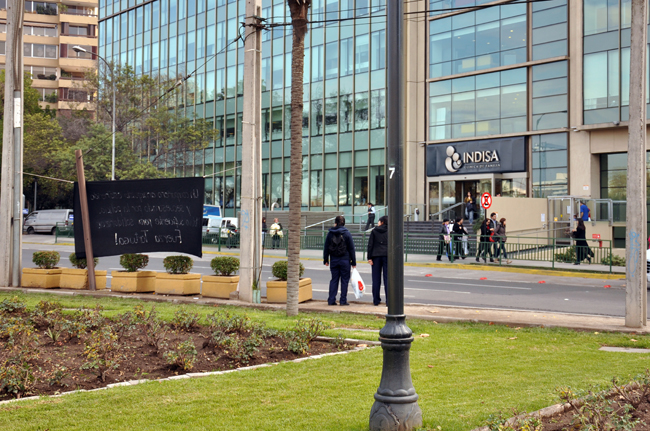 At noon on Thursday (June 9th) we went to the Indisa Clinic with a banner and dropped leaflets in front of the building, where Luciano is imprisoned, the leaflets read:

AN ANARCHIST COMPAÑERO IS WOUNDED
AND KIDNAPPED BY THE POLICE.
THIS IS GROUNDS FOR SOLIDARITY.
STRENGTH TO TORTUGA!

The press in its faithful work to maintain the dominate system enjoyed displaying images and testimonies of what happened on June 1 and have defamed Luciano and his close comrades, but none of this surprises us, the press just plays its role.

We need to break the isolation that power tries to impose on us during these difficult times of a fellow anarchist. Outside of the judgments of “guilty “or “innocent” we must categorically reject the parameters of morality and social values​​.

Never leave a comrade alone.
We are not frightened by the links that the police invents to divide and stop us.
Regards to those loved ones and comrades of Tortuga, especially his partner and daughter.

SOLIDARITY WITH OUR COMRADES!
STRENGTH TO TORTUGA! 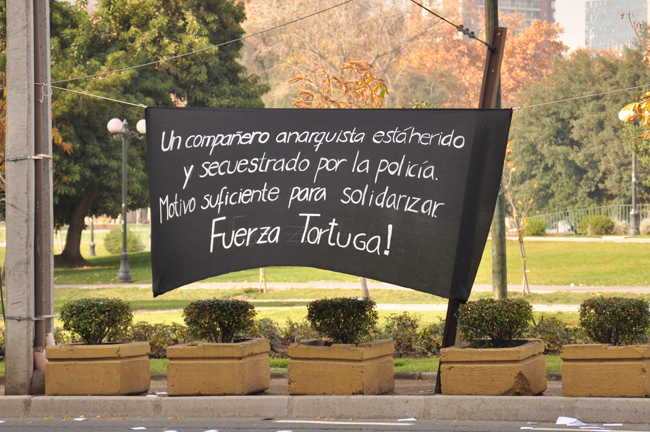 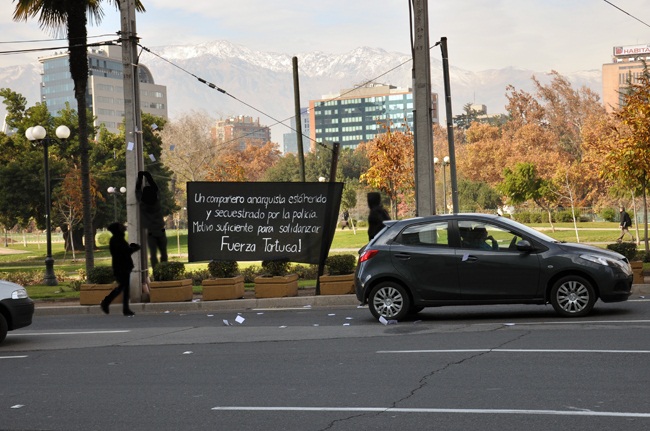 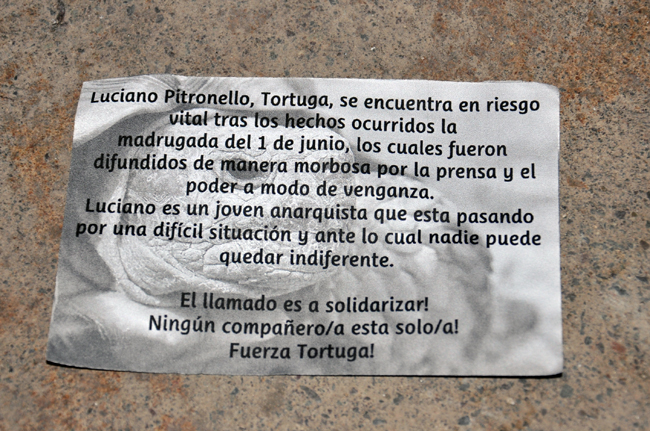 On Wednesday afternoon companero Luciano Pitronello woke up from his induced coma, he is no longer hooked up to breathing machines as he can breathe on his own now.

According the the mainstream media, he is recovering positively since the accident. Although he remains at critical risk for possible infections due to the burns on his body.

According to sources in the hospital on Thursday, he was questioned about the bombing of the Santander bank to which he denied all accusations and charged.

The doctors have informed the police of Tortuga’s present status, so police agents are expected to question and interrogated him this week. Questions such who was a potential accomplice and if he was involved in any of the other bombings of the bank or anywhere in the last year. In short, it is expected that they will be infringing heavily especially giving his current condition.

The public minister also noted that Tortuga’s partner is being investigated as well as residents or participants in the squats, El Croata and Las Torres, as the authorities are in the process of getting search warrants.

Stop the repressive blow!
Lets stand up to the problem, the state and its police apparatus!
Solidarity with Tortuga!

This entry was posted in Actions, Updates and tagged Chile, Luciano "Tortuga" Pitronello. Bookmark the permalink.