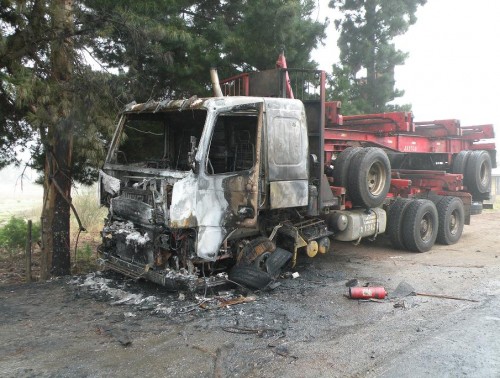 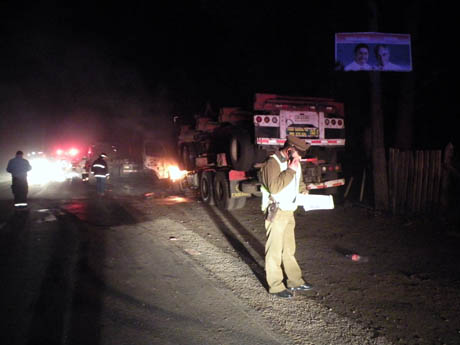 To the national and international public opinion:

We declare, in light of the most recent acts of resistance occurring in the Mapu Lafken, now the province of Arauco, the following:

One: We claim responsibility for the total arson of a house belonging to a winka usurper in the Coihueco, lake Lleu-Lleu area.

We also claim the total arson of an encampment of the forestry brigade of Arauco Forest, Peleco area and the attack against four forestry trucks that are in the paid service of La Fortuna (Huentelolen) farm, Lanalhue area.

Two: With these actions we reaffirm our commitment of struggle and resistance against investments in forestry, mining, landowning and energy, national and transnational, in our ancestral Mapuche territory.

With our heroes Leftraru, Lemun, Catrileo, Collío and others, with the dignity of our prisoners and persecuted, we advance toward Mapuche National Liberation.

This entry was posted in Actions and tagged Mapuche. Bookmark the permalink.