Chile: Barricades and clashes in Chillán

from liberaciontotal, translated by war on society:

Around 11:30 pm (of Wednesday August 10th) around 15 encapuchadxs (‘hooded ones’) erected barricades in the main streets of Chillán as a form of radicalizing the struggle against capitalist education, yelling slogans in solidarity with the Mapuche people, they burned a Chilean flag, yelling, “the working class advances without borders” in addition to other chants in memory of [literally ‘with’ – transl.] fallen comrades (Claudia López, Mauricio Morales, Alex Lemún among others), and also throwing Molotov bombs at the branch of BancoEstado, setting the door on fire without causing other serious damages; this was joined with anticapitalist writings on other nearby banks.

There arrived several trucks of the Repressive Forces of the State, which were attacked with paint bombs. The people of the plaza witnessing this confrontation showed total support for the encapuchadxs, who in order to not be captured, when there was a moment to escape to the Extension Center of UBB (University of Bi0-Bio), took the opportunity. 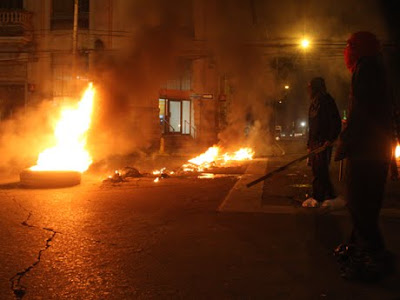 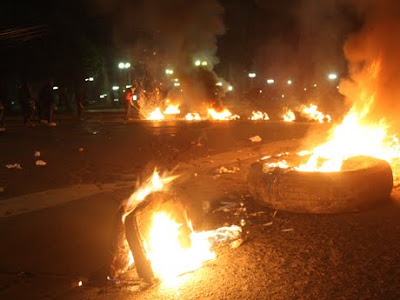 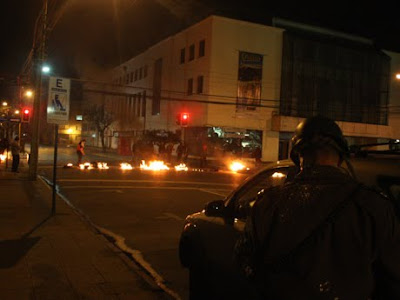 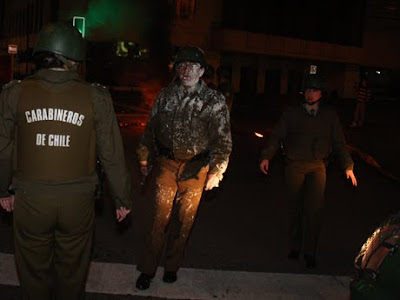