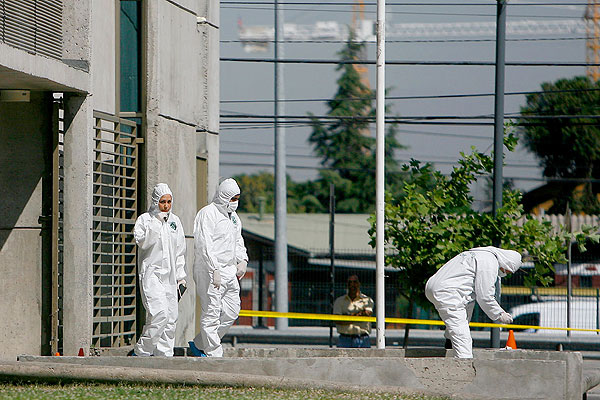 from Liberación Total (December 6, 2011), translated by This Is Our Job:

Within the context of Comrades being persecuted on this piece of land dominated by big Business and the filthy Chilean state, just like they are in other parts of the world, in the early hours of November 29 we decided to attack the La Florida Prosecutor’s Office with a simple yet direct Bomb full of Love For our Comrades in Arms around the Globe (Warriors, prisoners, defendants, and the persecuted) and immense Hate for those who create, defend, and enforce the existent Order/Misery. We want to make them aware that they are in our sights. Everything that reeks of the broad spectrum of Power, ambition, and Capitalism will never again enjoy the peace it is so accustomed to. We will not rest until we see them insecure and destroyed.

As far as those who are judging our Comrade Tortuga for having courage, dignity, and character, we’re not asking for any compassion or anything else from their grotesque political-media show. We are simply warning them that, for every imprisoned and persecuted comrade, we will leave more bombs at the structures and symbols of their Power. We will set fire to everything built by Anthropocentricism and steal all we need in order to expand the Storm of free, furious Individuals who are tired of this stinking society.

For the Destruction of this and any other Society.

Solidarity with Imprisoned and Persecuted Comrades.