from vivalaanarquia, translated by war on society: 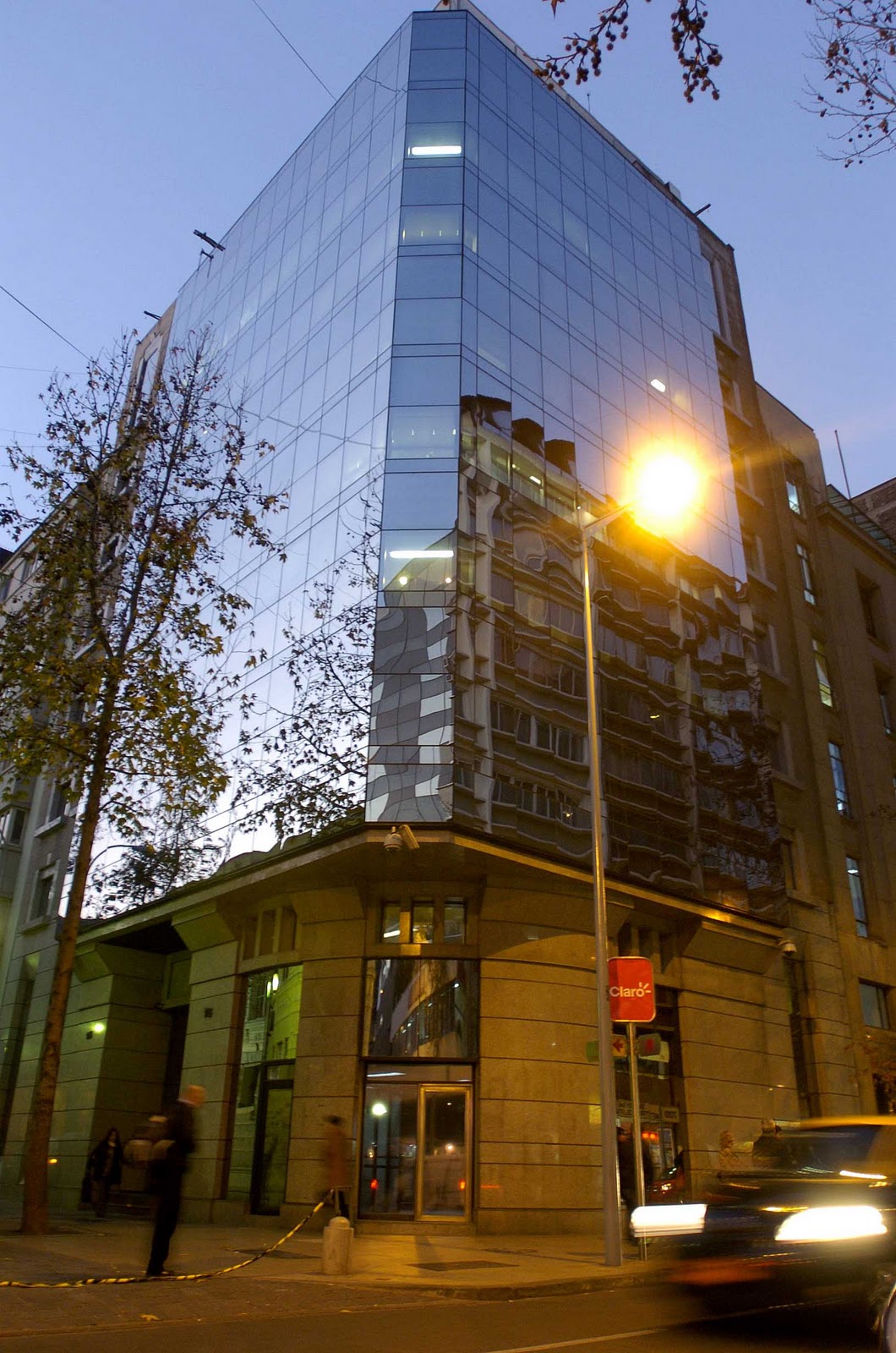 The trial continues against the 5 accused, currently they are speaking about each attack for which the comrades are accused.

Attack on the National Intelligence Agency (ANI).
Testimony has finished from so many police, experts and witnesses of the explosion, including the sweeper who was the accidental victim of the attack, which left him only with injuries classified as minor.

The explosive device was made of a 2 kilo gas balloon filled with gunpowder and activated by a timer system that failed and was activated by the sweeper’s handling.

The comrade Francisco Solar is accused of participating in this bombing by the statement of the delirious Gustavo Fuentes Aliaga (“el Grillo“). 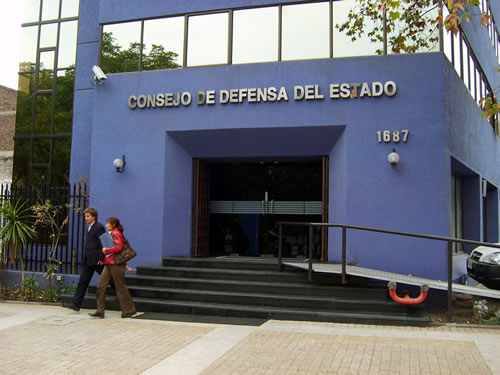 On December 21, 2006, the CDE was being guarded by a gatehouse and a police officer who made continual rounds around the building when unknown persons places an explosive device on its stairs around midnight. The device was made of a 2 kilo gas balloon with black powder plus a timer system, an electric detonator, battery and leaflets that claimed the action.

After the device was detected, the special antibomb unit of GOPE arrived and, in a long and cumbersome operation that included a special robot, disarmed the homemade explosive.

The attack was claimed by the Tamayo Gavilán group. 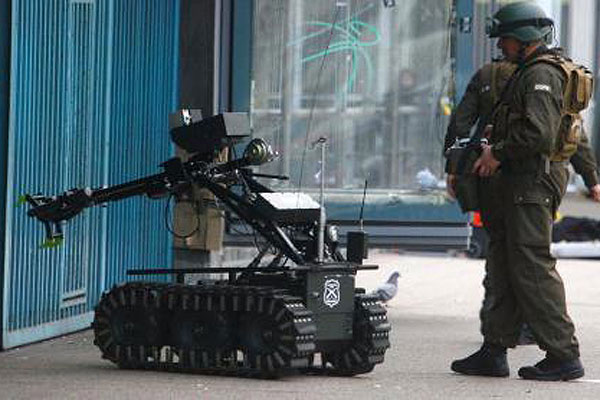 Accused for this explosion are the comrade Francisco Solar and grillo the delirious collaborator, both only due to the statement of the latter.

The prosecutor presents different witnesses who once again are almost all police, detailing the procedure and the security measures to deactivate and identify the device. On the other hand they try to speak of the fear that the mere placement of the homemade bomb provoked, some arriving at the nonsense of saying that they were afraid that the building would collapse from the explosion.

On show and theater in the court 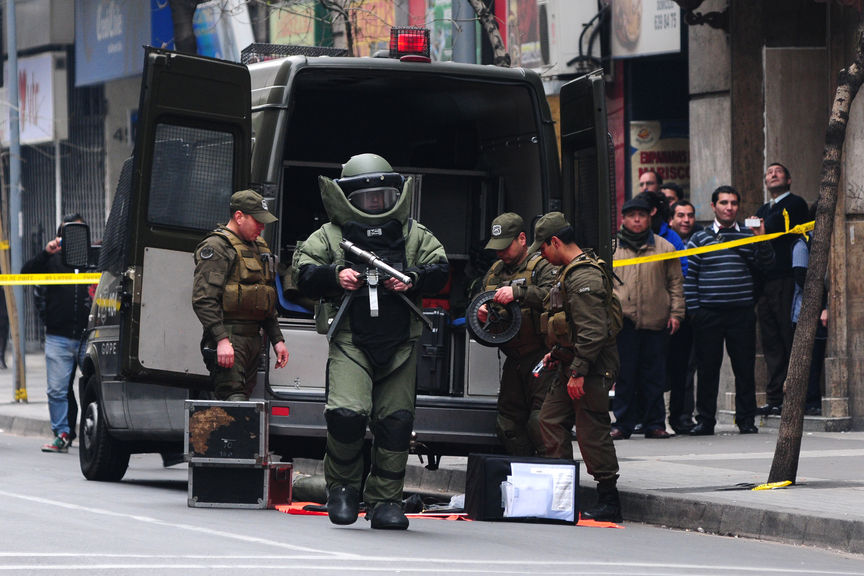 During these days they have brought in the disarmed device, its parts and piece showing them to different police so that they can recognize them. At this time the prosecutor tries to make an unprecedented show seeking to shock the judges, asking to bring the black powder and the electric detonator with a special unit of GOPE in the courtroom due to the supposed dangerousness of the evidence.

After a discussion on the part of the judges, they decided that the mere presence of GOPE in the courtroom contaminates the evidence since they bring a context with them in one way or another and does not allow a simple display. The judges rejected the presence of GOPE, understanding that these items (black powder and the electrical detonator) alone and separated are not necessarily dangerous.

After this new setback for the prosecution, a police officer of GOPE brings the evidence into the courtroom in the area designated to the public, in order to from there pass it to the prosecutors who with highly exaggerated performance and theatrical displays try to show and act out the dangerousness of the items. The defense remained unintimidated at any moment and handled the black powder without any problem, touching it and smelling it, explaining that if it is not compressed it only combusts and does not explode, demonstrating once again that that goal of the prosecution is to generate a context of fear, terror and danger… again, the only terrorist is the State. 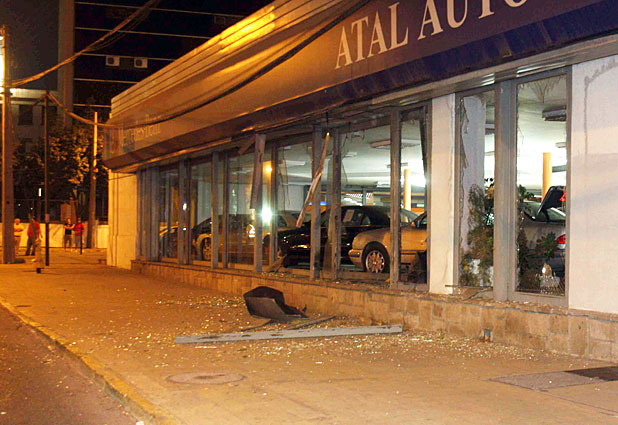 In the early hours of March 27, 2007 an explosive attack happened against a luxury car store, a metal container full of black powder and activated by a safety fuse exploded breaking a couple windows and damaging a car after coming close to burning it.

The attack was claimed by means of leaflets with the signature March 29 Youth J-29.

Again different police parade through to carry out the procedure and respond to the call, as well as a local worker. That same day at a similar time another attack occurred at a BCI bank where it was claimed with the same leaflets, the gross lack of consistency is made obvious when the police mix the different leaflets from different places, presenting them as the only evidence, confusing them and changing their places.

El grillo, delirious collaborator, is linked with this attack and Candelaria was also linked (presently dismissed or stayed on that charge).

Nobody saw nor knows anything and Bomb threat 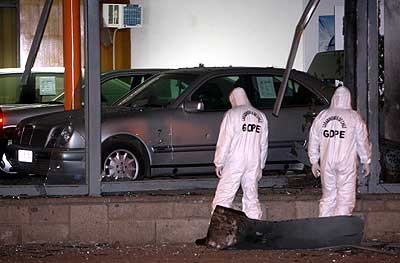 Of all the attacks that have been exposed in court, no witnesses recognized or saw who placed the devices, when there were cameras the police say that these were so blurry that any identification was made impossible. No police officer said they even have suspicions of who the author could be.

On the other hand during the last session of the trial, on Friday December 30, different bomb threats were made to some institutions including the Justice Center, forcing to suspend the little that remained of the hearing on that day.

Quite to the contrary of what the persecutors seek and have tried to show during this month of trial: the people did not leave running, nor terrified, nor afraid, nor in a state of panic or shock.

For the complete absolution of the 5 accused!
End to the anti-terrorist law!
Faced with the political trial, the best defense is unstoppable solidarity!

Hearings are every day from Monday to Friday from 9:00am to 2:00pm, with the obligatory attendance of the accused comrades. In the (in)Justice center (Metro Rondizoni)
Hearings are held in room 103 of Building C in the so-called “emblematic room,” the sessions are open and public so any person can attend with the exception of the witnesses who have to testify. For those who wish to attend it’s only necessary to bring id.

This entry was posted in Updates and tagged Bombs Case, Chile, Francisco Solar. Bookmark the permalink.