Italy: Bologna, April 16 – We are all Fuoriluogo! 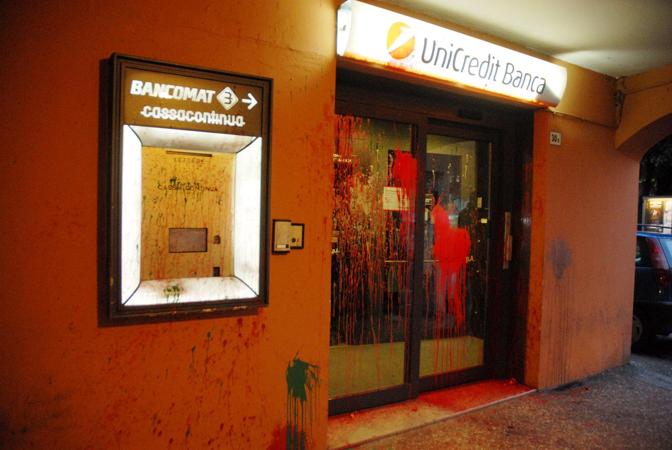 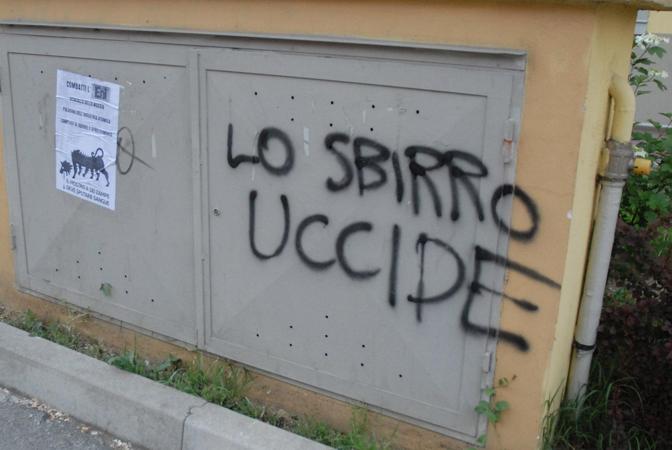 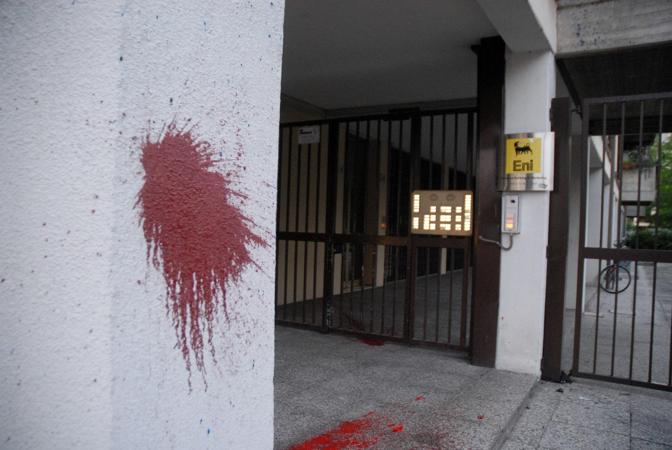 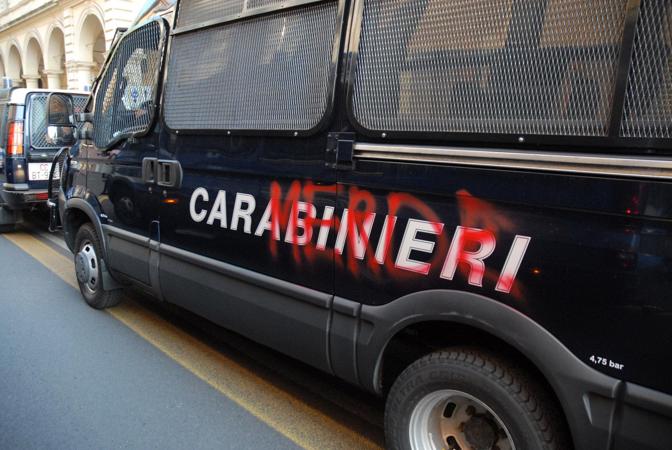 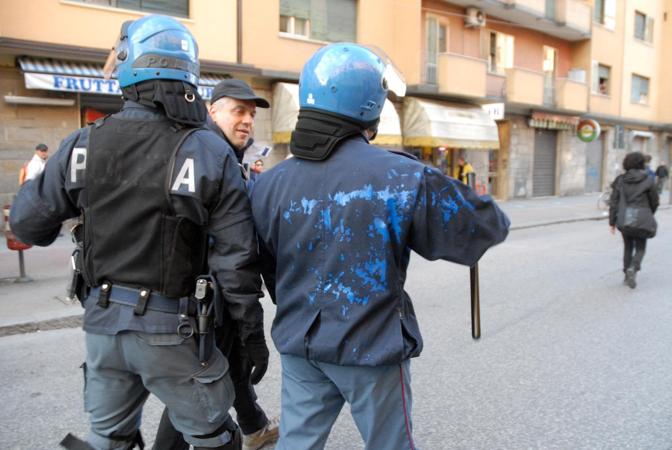 Media coverage of the 4/6/11 march against military action in Libya and in solidarity with the arrested comrades of Fuoriluogo:

BOLOGNA, April 16, 2011 – The anarchist march that traversed Bologna today ended with some pushing and shoving. The moments of greatest tension occurred once the manifestation seemed effectively over and the participants were filling a green area between Via San Donato Via Garavaglia.

At that point a group of agents, probably in order to change position, advanced on the demonstrators and the parties began shoving and then a salvo of bottles and large firecrackers. Anarchists and police continued to confront each other for a few minutes, but without the situation degenerating. From the microphone, however, was announced the intention to occupy a space to continue the protest, the protesters were invited to travel by bus or with their means. The goal of the occupation is unknown.

Previously, along the march, protesters threw eggs filled with paint at the headquarters of the Zanichelli publishing house on Via Irnerio. More paint, in a glass bottle, hit a Unicredit branch at the intersection of Via San Donato and Via Ranzani. The only major tension was at one of the most sensitive points on the route, the offices of Eni which were the target of an arson attack in recent weeks, protected by a long line of armored vehicles on the San Donato bridge.

At the end there were over 500 gathered for the march initially called against the war and then also against the arrests that have recently hit the activists of Fuoriluogo; in fact the most common slogan was “We are all Fuoriluogo.”

Text of the poster for April 16th and 23rd (translated by actforfreedomnow):

In a world over and over again at war, where mad colonels bombard rebel towns and global sheriffs shoot against everybody; in a nuclearized world with radioactive seas and poisoned lands, where an earthquake is a business for laughing hyenas and where a cancer is yet another customer for pharmaceutical lobbies; in a world obsessed by ‘security’ but in which the destiny of everyone is in the hands of doctor Strangelove and his idiotic ministers, and in which health is in the hands of pharmaceutical multinationals and traders of waste; in a world of luxury hospices for rich elderly and prison call centres for poor youths; in a world of blue years and of lead years, of jobs that are not there, and when they are there it is just shit; in a world of lives mortgaged in order to pay a rent and of bored consumers; in a world in which economic crisis is used to inflict the nth ‘emergency’ on you so that you bow your head; in a world of men and women fleeing form war and misery, in a world of refugees camps and mass deportations, of police blocks and electrified borders, of slaves for hunger and dead in the sea; in this world, the world of Hiroshima, Nagasaki, Chernobyl, Fukushima, the world of Auschwitz, Mauthausen, Gaza, Ceuta and Melilla, Porto Palo, Lampedusa, the world of Gradisca, Pontegaleria, via Corelli, Via Mattei, Ventimiglia…

In THIS WORLD we are ALL fuori luogo because in this world life is banned, forced in places and corners of history that we want to reduce to rubbles once and for all, so that we can finally breathe and create new forms of life…

Saturday 16 April: everybody in Bologna at 3pm, Piazza XX Settembre, for a demonstration in solidarity with the revolts in the Mediterranean, against war and its accomplices, to continue the struggle of those who have been arrested and to repeat loudly that ‘in this world we are all Fuoriluogo’.

Saturday April 23: everybody in Caorso at 3pm, Piazza della Rocca, for a demonstration against nuclear power and the world that produces it, so that nuclear power stops with Fukushima.

(On April 6 the anarchist circle Fuoriluogo of Bologna was raided and closed down during a police operation that interested 16 towns and concluded with 60 searches, 5 arrests and 7 judicial  restrictions. The charge is ‘organized crime’. The truth is they want to hit those who for years have been opposing war and racism with all means necessary).

This entry was posted in Communiques and tagged Fuoriluogo, Italy. Bookmark the permalink.