Bolivia: Explosive attack at ATM of the “Great Military Barracks of Miraflores” (updated with video)

Posted on May 25, 2012 by Gabriella Segata Antolini 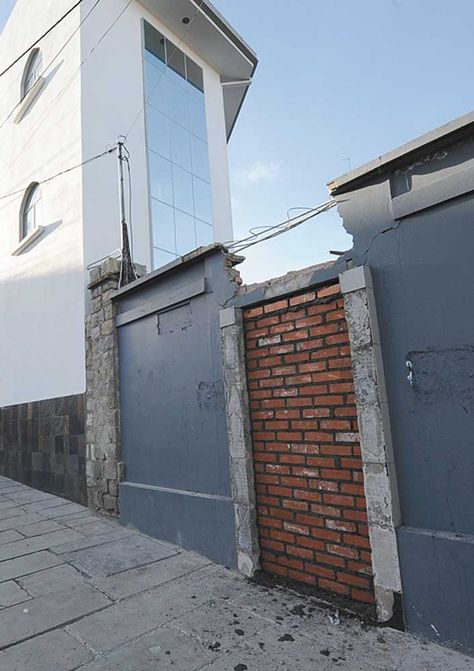 the place where the ATM was

“Living memory was not born to serve as ink. Its vocation is more as catapult. It does not want to be a place of arrival but rather a port of embarking. It does not deny nostalgia but it prefers hope, its dangers, its stormy weather.”    Jean-Marc Rouillan

The irreducible desire for freedom brings us to persevere in the intransigent passion for destroying this society, in the obstinate path of those who refuse to consent and who fight in order to live, in the lively motivation of constructing in the everyday those utopias that have filled so many books; today that “we” does not recognize authority and fights the carceral norms, defies geographic and linguistic barriers, and expands and deepens around the world, today that “we” explodes always more charged with memory, since it has learned from errors, from small victories and from proud examples of courage. 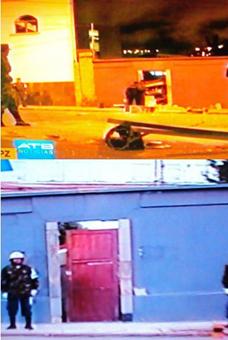 This night there is no room for hesitation, our target has already been determined and studied beforehand, we choose the materials and our intention is clear: we seek to destroy forgetting and to fortify the insurgent memory, continuing to attack the reigning normality, since there is no possible truce with this world of submission, that is for sure. This night we want to embrace chaos before we go to sleep.

Memory is action, ink, and perhaps above all, persistence. It is to be here, fighting, knowing to fight the repression, to face the conflict, in spite of the dangers, it is to invent/imagine, perhaps, new ways of struggle but without renouncing the essence of our ideas and combats. While we are fighting there will always be repression, it will always intensify, it is our responsibility, also, to prepare ourselves, to take the initiative, to be always on the office so that the enemy does not surprise us in a position of weakness. For us, to be on the offensive is also to practice memory, to remember and value those who fell, to remember the errors of the past; only in this way can we feel ourselves growing as children of a past, advancing toward a creative destruction.

Three years have passed since the fall of a comrade who decided to violently fight against the gears of power. There is not much to say but there is much to do. These days in particular are days of memory, of vengeance, of remembrance, of attack. We know very well that in many parts of the world, various indomitable hearts will light up and make burn the cities (with all the tools that their imagination procures them).

Today, we decided to attack (symbolically and materially) the historical “Great military barracks of Miraflores.” The same that was attacked by the anarchists (anarcho-syndicalists of the FOL: Libertarian Workers Federation) in September 1931. They attacked it in a car, shooting it and throwing dynamite charges, with the complicity of some insurgent military adolescents inside the barracks.

The social contexts have changed since then, class consciousness is only a dead burden of Marxism and history teaches us to hate the unions that are nothing but a tool of control and appeasement of reformist struggles. Nevertheless, it seems important to us to rescue and value the action of these miners and campesinxs who at one time took up arms, conscious of the risks to those who fought: Basilio Alaya, Cusicanqui, Maraz, Juan De Dios Choque, the differences of context, discourse and projectualites are not reasons to omit and forget their courage and bravery.

This night, under the cover of the shadows, we placed into the ATM on one of the walls of the military barracks two sticks of dynamite in a container full of ammonium nitrate, and a fuse lit by a chemical ignition system, on the same walls that are guarded by soldiers who we were able to evade after following the frequency of their rounds, at around 12:50 AM. The device exploded around 1:15, entirely destroying the ATM, the remnants of which flew several meters into the street, the shock wave managing to break the windows of the restaurant “A Todo Chancho” that is on the other side of the avenue from the ATM and the destroyed wall of the barracks, making clear the vulnerability of Power’s security apparatuses.

This action goes out to you, Mauri, it is a shout, a shout that remembers your death and above all your combative life. A shout that intends to make history, it is an explosion that intends to frighten society. If the last explosion seemed to them to be “a prank in poor taste,” this one also intends to reaffirm that the pranksters will strike again and again, until their rotten society falls into pieces.

For a Combative Memory!

Mauricio Morales, you are in each insurgent action against the prison society!

A greeting of Strength to Rami Syrianos on hunger strike in Greece and for Luciano Pitronello, anarchist prisoners of the Chilean State.

1 Response to Bolivia: Explosive attack at ATM of the “Great Military Barracks of Miraflores” (updated with video)