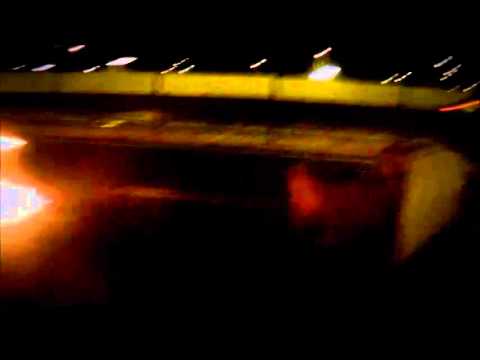 In rebellious and combative memory, no one and nothing is forgotten.

We responded to the call for agitation for the combative memory of the weichafe Matias Catrileo, with whom we have affinity in his life as a revolutionary and his will to struggle against the Chilean state and the destroyers of the earth.

Beyond whether or not Matías was an anarchist, we remember his rebellious life and we don’t forget how he died, murdered by a cop in the middle of a land reclamation, as we also remember the anarchist compañero Sebastián Oversluij, who also lived in revolt and died fighting, murdered by a private guard in a bank expropriation.

As anti-authoritarians, we don’t act in solidarity with the Mapuche “people/nation” as a unit. We despise the Mapuche who deny their autonomy, working with the state institutions, we are enemies of all nations and we connect in the struggle with those individuals and communities that remain on the warpath against the Chilean State and the capitalist presence in their ancestral territory. They have shown how a struggle can remain active in spite of the militarization of the territory by the state, although we recognize and criticize the lack of reciprocal solidarity that the Mapuche in war usually show toward other groups that fight radically against the state and capital.

But due to our values of anti-authoritarian solidarity, we don’t stop showing certain support of those who, without fighting against all authority, do combat the state and capital.

Solidarity and memory are for us weapons that when sharpened can succesfully show that we are tired of waiting, that revolt is not framed within a sectorized struggle nor in the time of work or study, that we are not interested in falling into the monotony of attack and that we have the will to explore different ways of confronting this society, always motivated by surprise and determination.

Without the excitment of marking on a calendar our days of confrontation against power, we decided as anti-authoritarians to attack the normality of the city with an incendiary barricade on the night of Jan. 2nd in the comuna La Granja at Avenida Vespucio sur, making our expression of pemanent insurrection as a response to the call out from compañerxs.

While society still emerges from its hangover and false festive environments, we act horizontally and autonomously, apart from the leaders and professionals of revolt, we have fire and will, and with the force of our small group of close individuals we will overcome fear through action.

We call for compañerxs active in the social war to explore their possibilities for action, away from waiting for the masses and radiating beyond the limits imposed by calendars and student spaces.

We dedicate the fire of our action to all prisoners of the social war.

We send our greetings to the compañeros imprisoned in the street struggles: Felipe Adasme, accused of stabbing a bastard cop trying to arrest him after a fiery manifestation at the University of Santiago on the 20th of December, who together with Nicolás Sandoval finds himself in preventative detention in the jail of Santiago 1. Greetings also to the compañero accused of burning a cop with a molotov cocktail in the encapuchada manifestation on the 17th of December in Liceo de Aplicación, who now serving time in preventative detention in a juvenile prison.

Memory and action. For the diffusion of the self-organized attack against pacxs, politicians, guards, buisness owners, and all forms of authority.

This entry was posted in Actions and tagged Chile, Matías Catrileo, Santiago. Bookmark the permalink.