On November 2nd, in the first general strike in the US since 1946, which was organized on a wildcat level within the space of a single week after it was called for by a general assembly of 2,000 at Occupy Oakland, much of downtown and the major shipping port were shut down.

By the morning, a significant portion of the longshoremen who operate the multi-billion dollar port had called in sick in a wave of wildcat activity, while thousands poured into downtown and messages of solidarity spread through windows and streets.

Several marches and roving pickets left from Occupied Oscar Grant Plaza to descend upon banks and businesses that had refused to close or had threatened to discipline workers who desired to join the strike, effectively shutting down most of the downtown-area targets.

In the afternoon, the anti-capitalist march of over a thousand (with about 100 in the black bloc) destroyed property and spray-painted slogans at several banks and the Whole Foods, where workers were told they would be fired if they went on strike. There was virtually no police presence during the day, neither at the plaza nor the marches nor the port shutdown.

Later, tens of thousands (perhaps as many as 50,000) of people marched in waves to occupy and shut down the city’s shipping port. Truckers blockaded in support, the longshoremen’s union declared the area unsafe and called off the night shift, and the blockades lasted through the night.

Later still, an abandoned building near Oscar Grant Plaza was occupied and opened to the public. By this time hundreds of police had already begun staging to clear the streets and try to prevent widespread nighttime rioting. As their lines approached the occupied building, barricades were built and–after tear gas was deployed–set on fire, while projectiles were gathered to defend the street. The defense did involve throwing projectiles and other tactics, but it was met with a heavy assault and lasted only briefly around the building. A series of skirmishes began in which the police took hours to clear the streets and push everyone into the plaza after 4am. Several more properties were vandalized, including City Hall and a police recruitment station. Two businesses were looted. The liberated zone was filled with graffiti, both political and nonpolitical.

Meanwhile, solidarity actions in both Seattle and Portland saw spirited blockades of a bank, a hotel and a bridge, as well as minor clashes with police. 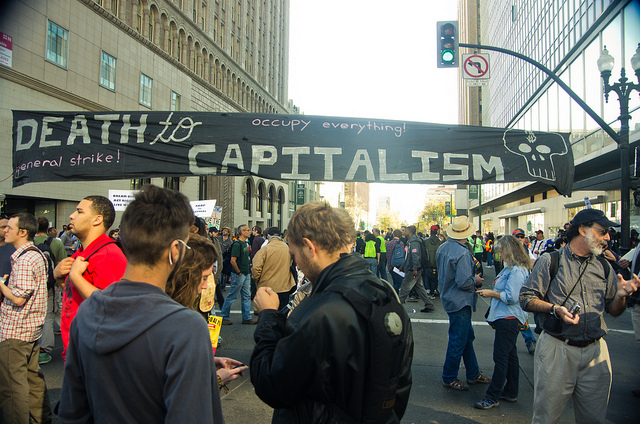 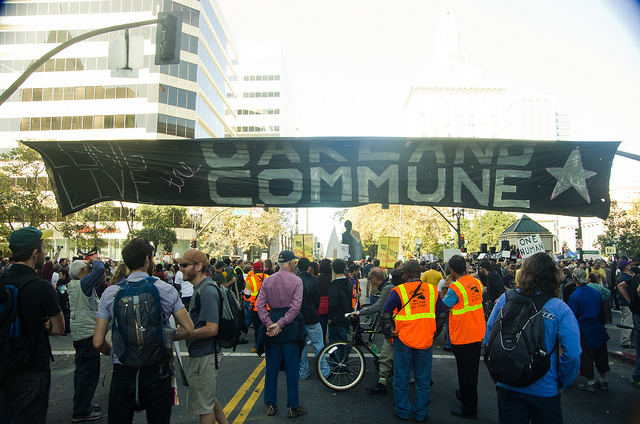 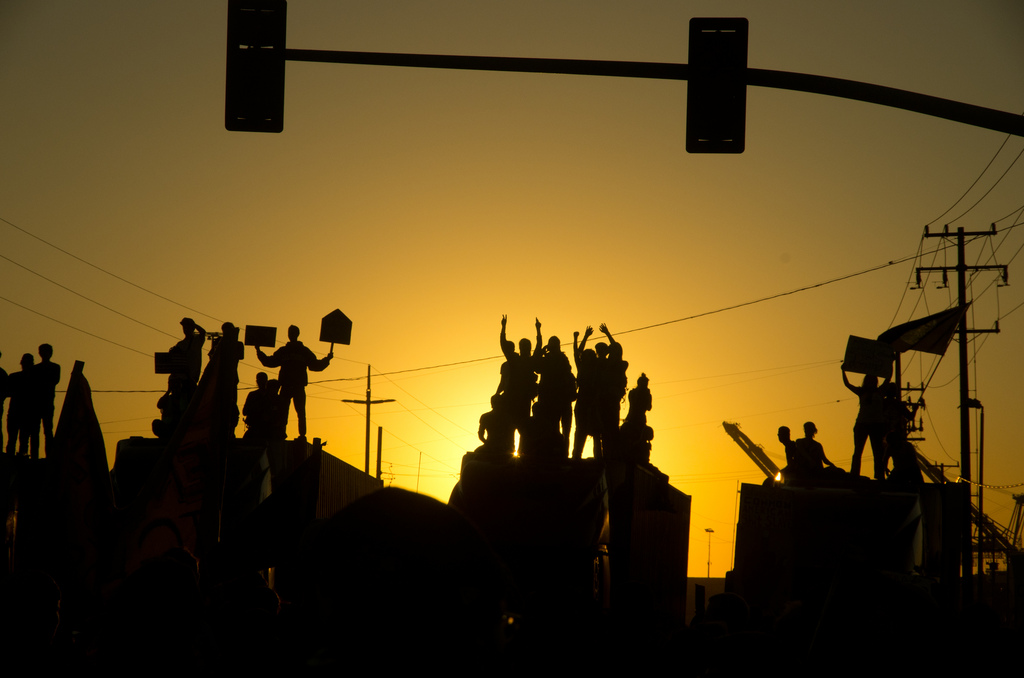 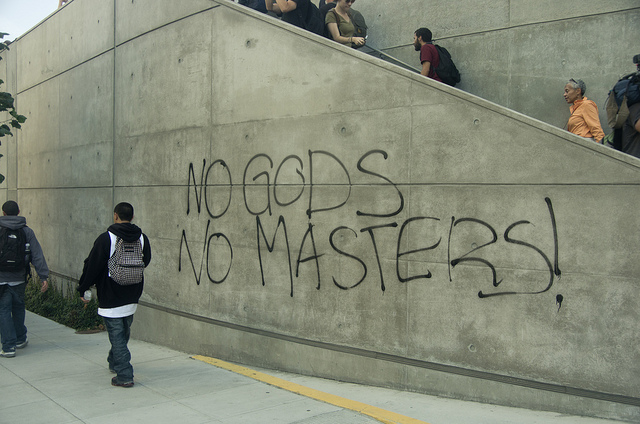 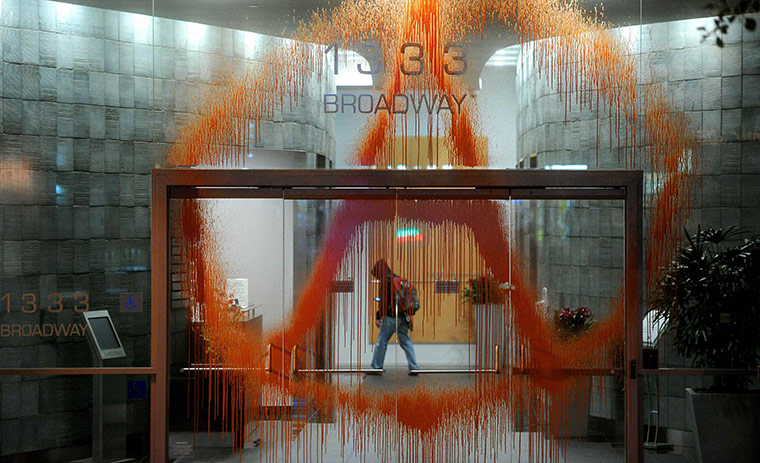 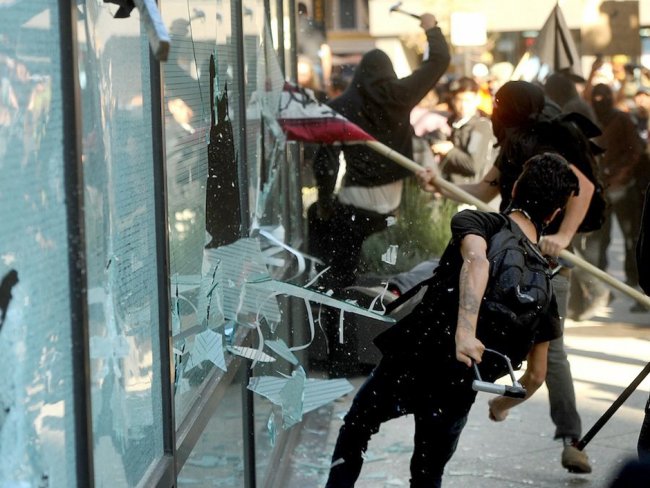 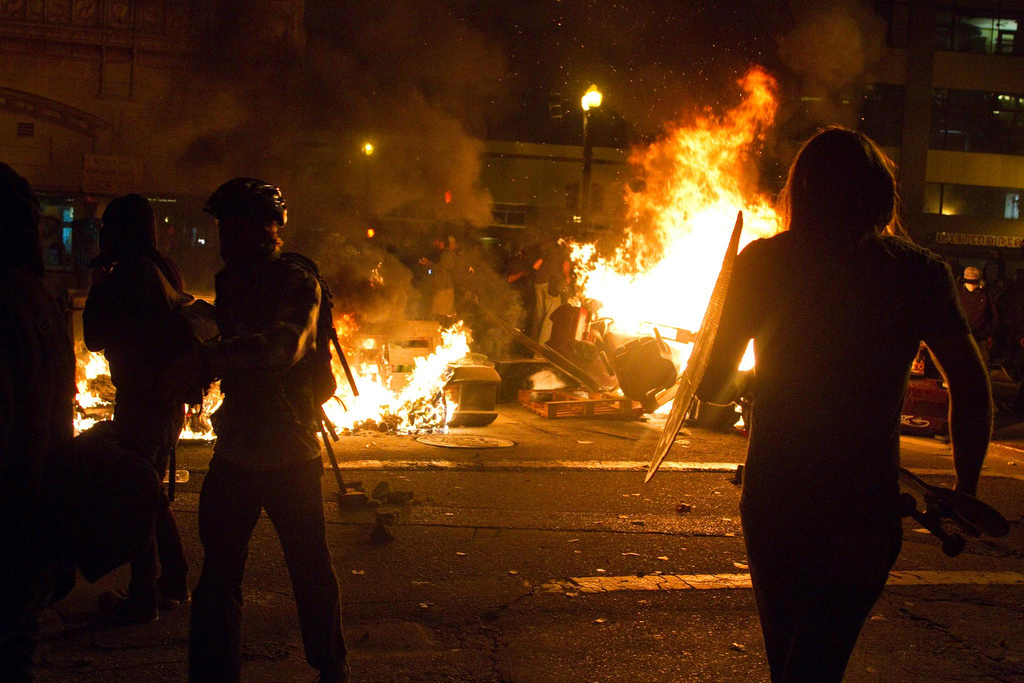 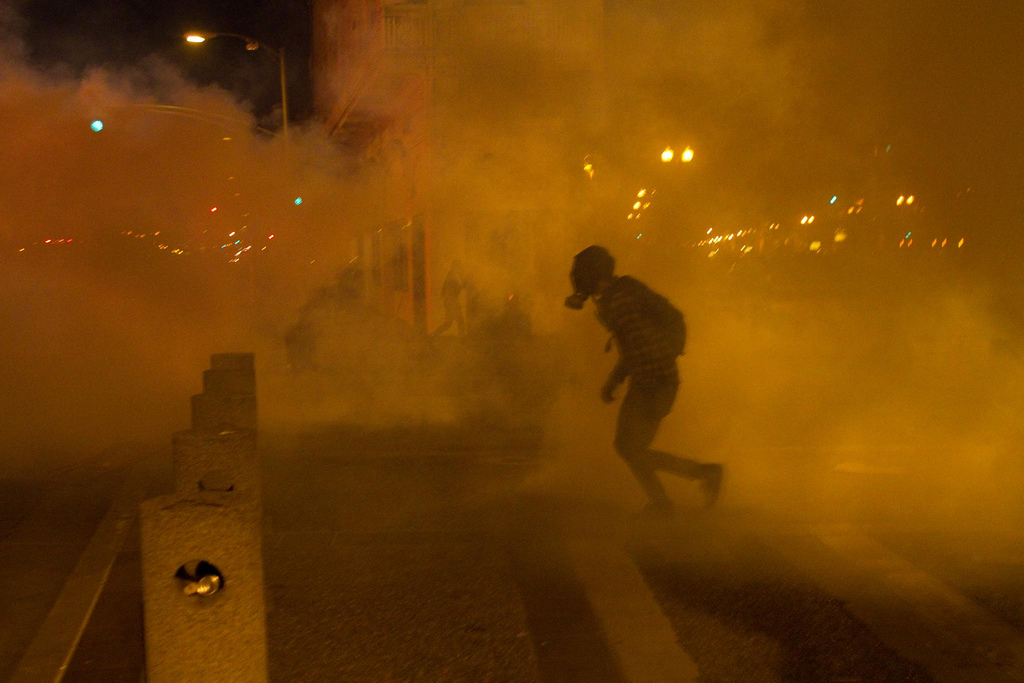