from culmine, translated by war on society (an accidental redundant translation; an alternative can be found at thisisourjob): 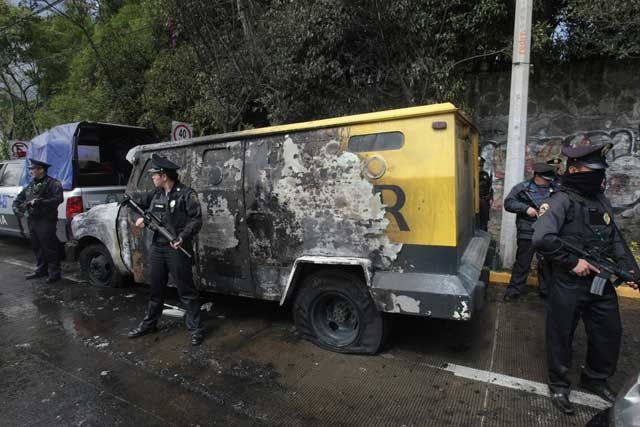 The news of anarchist warrior Luciano Pitronello’s fall in action thousands of miles away, the sentencing of comrade Tamara in Spain, and the isolation of our brother in struggle Gabriel Pombo da Silva and of our Greek comrades Argyrou Panagiotis, Nikolopoulos Mihalis, Nikolopoulos Giorgos, Tsakalos Gerasimos, Tsakalos Hristos, Polydoros Giorgos, Bolano Damianos, Hadzimihelakis Haris and Ikonomidou Olga of the Conspiracy of Cells of Fire, revived our insurrectionalist conscience.

We decided to raise ourselves to the call of the CCF and take to the streets to illuminate our struggle with fire, from the example of the imprisoned comrades who did not limit themselves to words and curses against social peace and took into their hands the decision to break the system of domination. Though we fall captive or dead, the anarchist struggle continues forward with new comrades.

The day of October 13, at 3am we attacked capital, burning Servicio Panamericano’s armored money transport trucks at Calle Olimpo and San Francisco in La Martinica colonia, destroying their dirty property.

Today, November 5th in the morning we returned to attack once again with anarchist fire, turning their filthy money into smoke in clear daylight, burning another armored money transport truck, this time owned by the company Grumer (Murcurio group) at Avenida Castorena in Jesus del Monte colonia in Culajimalpa delegacion in Mexico City, paralyzing their social Friday.

Surely the capitalist prosecutor Miguel Mancera, following the leftist strategy of the pederrista Marcelo Ebrad, will try to cover up the attacks and continue to lie in order to silence everything that indicates the insurrectional anarchist offensive in his guardian city, covering up information and distorting the facts so that all the anarchist attacks become INEXPLICABLE SHORT CIRCUITS.

Chaos has returned for all who thought she had died

Direct solidarity with all anarchist prisoners in Mexico, Chile, Greece, Italy, the United States, Switzerland and the world! 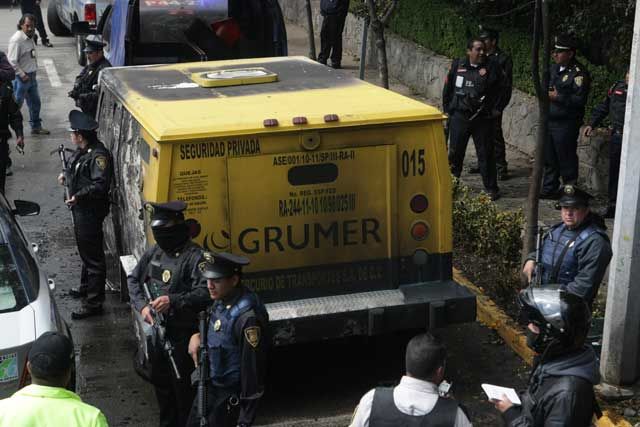