New booklet: “Letters from Anarchist Prisoners of the ‘Bombs Case’ in Chile” 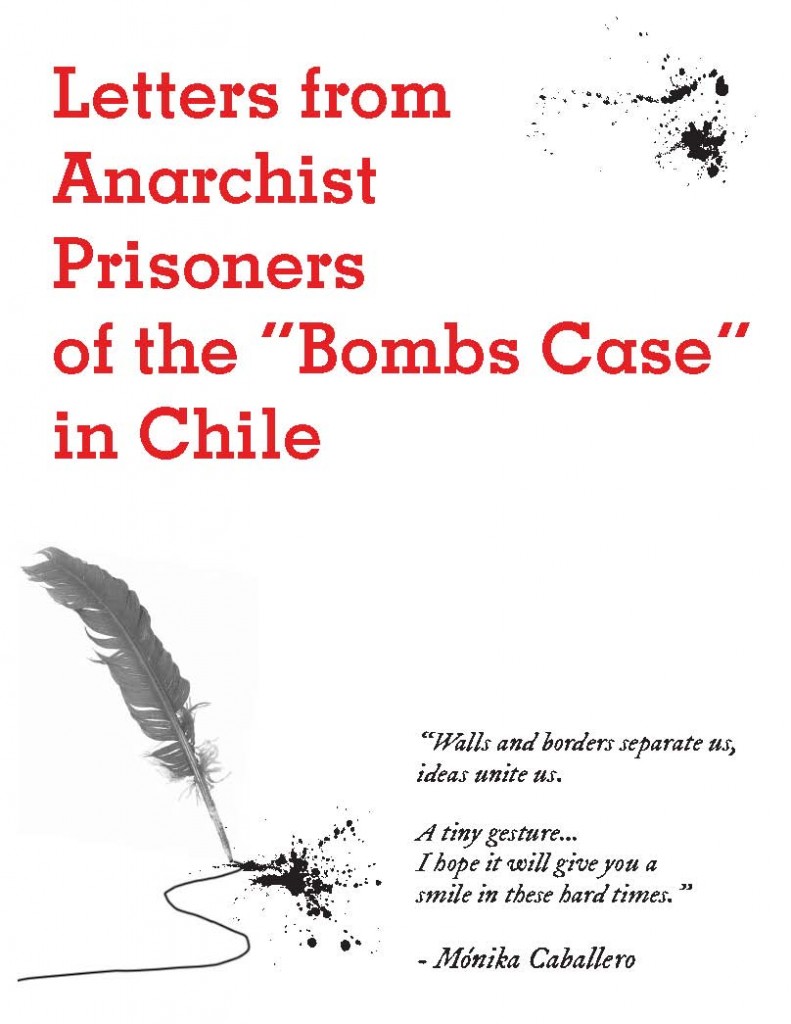 We receive and publish:

This document is a collection of letters from the Chilean anarchist “Bombs Case” prisoners, in an effort to share and spread their ideas beyond the prison walls.

On August 14th, 2010, fourteen anarchists and anti-authoritarians were arrested in a series of raids in Santiago in what became known as the ‘Bombs Case’. They were accused of a series of bombings against capital and the state that took place around Santiago in the previous years, as well as of “criminal conspiracy” under the Pinochet-era Anti-Terrorist Laws. Since then, following a hunger strike by the prisoners, as well as countless solidarity actions from around the world, the charges against nine of the accused have been dropped (one of these people is facing other charges in a separate trial), but charges against five comrades remain. They are: Omar Hermosilla and Carlos Riveros, accused of providing the money to finance the costs of the attacks, as well as Mónica Caballero, Felipe Guerra, Francisco Solar, accused of the placement of the explosive devices at different points in Santiago.

Prisoners kidnapped by the State to the street!