Belgium: Communique for arson of cars of two euro-parliamentarians, a NATO official and a diplomat 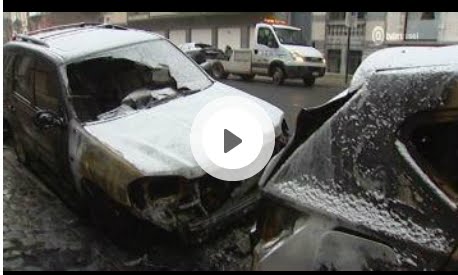 Post-mortem Communiqué of the FRVI

We, four members of the Front Révolutionnaire des Voitures Insoumises (Revolutionary Front of Objecting Cars), revindicate our decision, taken in the night of 29th of January, to go on strike. A wild, unlimited and unrevocable strike. We desert on this definitive and fulminating way our respective owners, that is to say, two members of European Parliament, an offical of the NATO and a diplomat. To transport these bosses to their work, to be recognized in the streets as servants of these bags of shit… it was too much.

This entry was posted in Actions and tagged Belgium, Revolutionary Front of Objecting Cars. Bookmark the permalink.