After completing two months of a grueling trial with hearings every day, the political trial continues against the 5 comrades: Omar Hermosilla, Carlos Riveros, Francisco Solar, Felipe Guerra and Mónica Caballero. After two months, almost 50 witnesses and experts of the accusers have paraded through, with most of the evidence still remaining to be shown in what is estimated to be one of the longest trials in history. The court, wearied of so many witnesses, experts and trivial pieces of evidence and the extensive and unilluminating questioning on the part of the prosecution, announced that if they presented all the evidence at this pace the court had calculated that the trial would last 3 years and that is impossible they said, there does not exist a court capable of withstanding that so would the prosecution try to get to the point in questioning their witnesses.

Since then the prosecutor has been somewhat more “agile” in the time of presenting and questioning his witnesses. Meanwhile the prosecutor’s assistants were participating in an anti-terrorist seminar. (more info here in Spanish)

After the first “attacks”: Connections

The end has come for the chapters that dealt with the attacks against the ANI (National Intelligence Agency), CDE (State Defense Counsel), the Atal car dealership and a Chilectra branch, in which all the witnesses (mostly police who took part in the procedure or neighbors who heard or were told about the incident) were presented, along with material evidence (remainders of the containers of the explosives, remainders of the activation systems, leaflets in the area, etc), and experts in explosives and planimetrics.

After going through all these attacks, the court heard from the intelligence police who took the statement of the insect Fuentes Aliaga describing what he had declared. It is worth mentioning that Fuentes Aliaga gave/invented record for 5 attacks but the prosecutor and police only partially “validated” 3 of these.

After recounting the statement where in one way or another he accused himself of participation in CDE and Atal, the comrade Francisco Solar was connected with the attacks against ANI and Chilectra (this last was only through a connection of “traces” and not by the statement).

Now the prosecutor began to show photos and evidence taken from the squats on December 31, 2008 connected with the delirious collaborator, that is: the “El Hogar” squat and “La Escalera.” From “El Hogar,” in addition to bringing different police who testified about the posters that were in the house and the graffiti that it had, paying special attention to different tools that were found and some charcoal. The defense asked the police details about the places and circumstances that it remained obvious that the tools were for plumbing and there was no connection with the manufacture of explosive devices, while the charcoal (a material that supposedly would serve for the manufacture of black powder) was found next to a grill.

As for “La Escalera,” this house had been abandoned for some time before, so the police upon arriving to raid the place found it with a security guard watching the house. The police did not find anything better to seize than a medium fire extinguisher and a small one, which were shown in the trial.

“Connections” of compa Francisco Solar with the crimes. 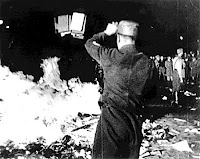 After the testimony of the insect, the comrade suffered several raids in which various “evidence” is seized. The police recount with straight faces that they “entered to search for books” making quite clear the political hue of the investigation. Obviously the search for “evidence” went quite well, seizing dozens of books, posters and zines. 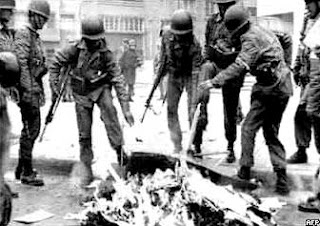 When showing the evidence to the court, the police hold the books with surgical gloves as if each one was itself a bomb… But what do the books say? Nothing special, some are philosophy, others history, some anthropology, others certainly anarchist while others are even classical literature. Any eye-catching name, shape or color for the “acute” criteria were gathered in boxes and bags under the pompous title of “evidence.” Once again, the only thing that they evidence clearly and directly is the absurdity of this trial. 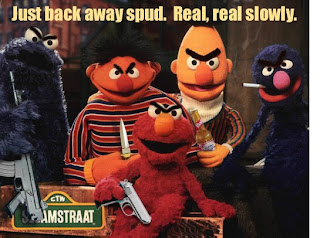 Within the wide criteria for seizure was clothing similar to that worn by the bomb-placers, that is black or dark clothing. This paranoia about dark clothing is carried not only to what is relevant in a search for traces of explosive, but a police officer even showed with investigative pride a black shirt imprinted with the caricature of a hooded “muppet.” But did this shirt have traces of explosive? Did it match the description or recording of a someone placing an explosive device? No, it was only of investigative interest according to the “reasonableness” of the police, so it had to be shown and seen during the trial. What did it prove? No one knows. 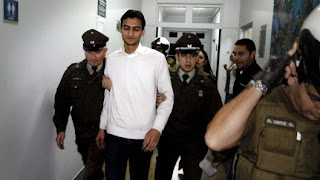 At last, after all these years, one can hear or try to understand the police forensic specialists’ arguments, the supposed scientific proof of the case. It is worth remembering that a trace is a minimal particle, a tiny bit of some substance, unless it is remains or a footprint. It is so small that it makes a countersample impossible, it is so tiny that it even falls into the domain of the “could be,” the “possibly,” or the “perhaps.”

During the arrests in August, the police conducted tests without informing the different comrades in any way, in which for some of them the “test” for traces come out positive.

In particular, the portable machine that was used was the Mobile Trace, which supposedly detects the presence of these phantom traces in a given place where the machine is brought and makes the test. (see link)

On the other hands, there is a stationary machine called “Itemiser,” a detector of explosives and narcotics but which is found in an isolated laboratory in order to not contaminate the sample, which is the machine that the police utilize to take the samples after the explosions (see link)

The witness who is an expert in using this machine, after his statement pointed out that traces on one’s hands come off with a simple, daily and constant hand washing. While with clothing it is only sufficient to wash and air the clothing. Nothing very elaborate and for which it does not make sense that someone wouldn’t wash their clothes or hands for years, when one considers the time of the acts that the comrades are accused of.

Nor is there any photograph of the taken sample nor anything like it; the defense asked different questions in relation to the spectral and imaginary traces of the Pakistani youth. (The case in which a Pakistani youth is accused of terrorism, for some supposed traces being detected upon entering the US embassy in Chile. That case was highly promoted by the Minister of the Interior Hinzpeter as international terrorism. Then the Pakistani youth was crudely dismissed by the prosecution itself, making clear that they had nothing.)

Finally the court of appeals resolved to not sanction the warrant judge Luis Aviles, in regard to his remarks and actions in the preparation of the oral trial (see here), after a disciplinary investigation against him for his remarks, which alluded that the arguments presented by the prosecution were “fourth category” and cheap sociology. The prosecution in its campaign of complaints and internal indictments against everyone who interferes with their desires to take the case forward, had hoped to suspend him for 4 months. In the end it was a new setback for the Public Ministry. 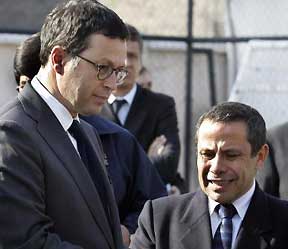 On January 26 the Appeals Court irrevocably ratified the payment of costs to the lawyers of all those acquitted on the charge of Illicit Terrorist Association (this includes the comrades who are presently on trial, for other charges under the same anti-terrorist law), rejecting the arguments of the prosecution for avoiding the payment.

Although the exact quantity is not set, the court was emphatic and pointed out:

“Indeed one can say that if the immense majority of that evidence was rejected, for whatever reason, by the court in the first instance, a decision confirmed by this Court, it would not be serious, prudent nor respectful by all rights that they should withstand the effects of this investigation (including extensive periods of deprivation of freedom), holding that [the prosecution] litigated with plausible motive.”

It is worth remembering that the “costs” are the honorariums and wages of the lawyers and do not necessarily allude to a kind of “compensation” or something similar.

With this resolution, the “bombs case” has a media notoriety again considering the great sum of money the State is to pay, and the economic and political responsibility is questioned and responsibility falls on the one who fabricated this whole case. Here are some reports from the press:

The clumsy Voice of the Government tries to disengage from the wave of criticism, taking the government off the hook for any responsibility, turning its back on its allies: the prosecution that decided to dismiss the feverish charge of Illicit Terrorist Association.

“For us as the state we wanted the trial to continue for the purposes of being able to have contributed, reevaluated, and would have wanted to have a different judicial interpretation, but there is nothing for us to do but respect the action of the courts.” – Andres Chadwick

The next chapter of these days will be about the explosion on May 22, 2009 where the comrade Mauricio Morales died blocks from the Escuela de Gendarmería (Police Barracks), and whether the comrade Felipe Guerra was involved as accomplice in that attempt.

Also, a “recess” is scheduled from February 5 to 10 in which the trial is suspended.

END TO THE ANTI-TERRORIST LAW!

ABSOLUTION OF THE 5 COMRADES!