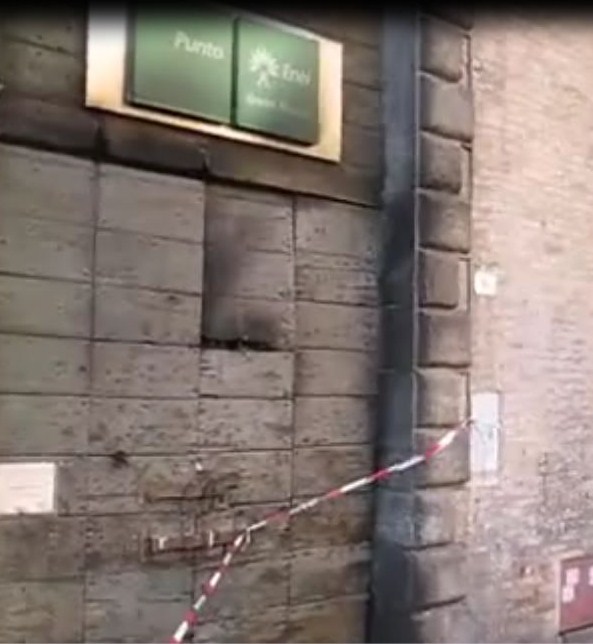 With a homemade incendiary device of 5 liters of flammable liquid with a fuse ignition, we have set fire to the Punto Enel Green Power in Frascati [Rome], with the business being destroyed by flame.

This action in solidarity with the Indians, natives and populations in struggle against all the technological monsters that devastate the Earth.

ENEL, in addition to pushing for nuclear power, is co-responsible for the repressive activities and expropriations around the whole world for constructing structures of domination of “resources” like the hydroelectric project of the EGP Enel Green Power “Palo Viejo” in Quiché, in Guatemala. Expropriating the earth, massive military presence, repression and violence are normal practices of Government and authority at the service of corporations and multinationals in the whole world.

On the side of those who defend the Earth!

For every one of authority’s provocations and violence,
to respond blow for blow.