from liberaciontotal, transl waronsociety, claim of responsibility on text of pamphlet:

By means of this communique we claim responsibility for the attack on the Banco Estado at the intersection of J.P. Alessandri and Las Encinas.

It is the means that we have to represent the will of war against capitalism, the States, power and all authority. We do not remain in fiery rhetoric, much less in the sterile debates of the groupings that swear themselves in the revolutionary struggle, and we make ourselves part of the urban anti-authoritarian war that has existed in Chile for more than 10 years. We make the subversive struggle a continual totality and not a momentary fragment, a temporal chapter. We organize ourselves replicating the decentralized experiences living happily in insurgent anonymity.

EVERYTHING WE DO IS A WINK TO OURS
TO THE DEAD, TO THE PERSECUTED, TO THE PRISONERS.
WE WILL NEVER FORGET YOU.

We do not forget Luciano Pitronello, insurrectionalist prisoner! held hostage cowardly by the prison guards in the Santiago 1 prison.

We do not forget Mauricio Hernández Norambuena, Rodriguist prisoner of the Brazilian State submitted to insane isolation for more than 10 years. We salute his Resistance and integrity as a combatant, but we distance ourselves from Rodriguism and its self-referential and reformist culture!

We do not forget Juan, Marcelo and Freddy, prisoners of the social war, untiring fighters for their freedom!

To the dead and the prisoners we will never forget you!

We will not tire of attacking until finishing with this great lie, against capital, for freedom, for Anarchy!! 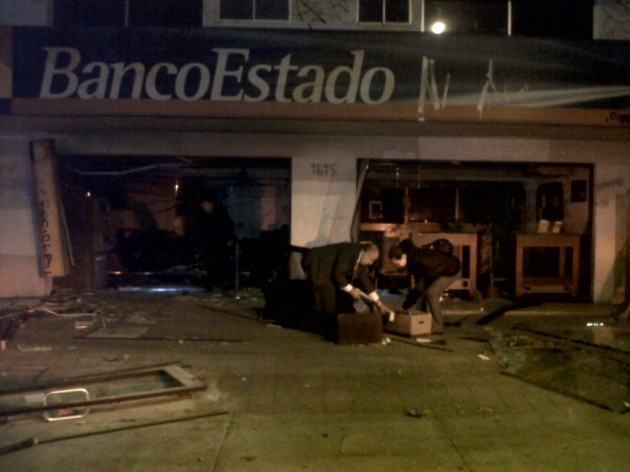