Chile: Claim for the bombing of the Colún agribusiness offices 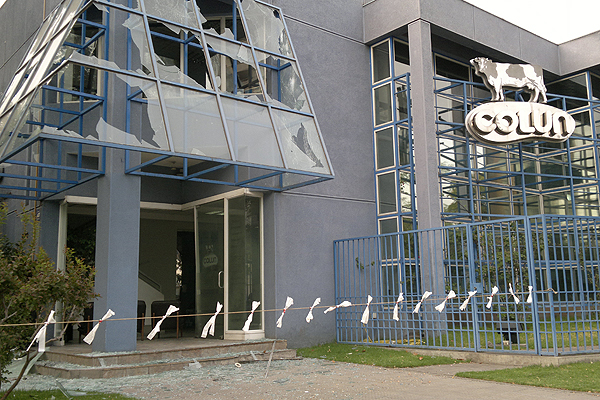 “In the permanent practice
of subversion for the Social War”

The ultra-patriotic German Friedrich Grob Besler… settled (in lands expropriated after the Pacification of La Araukanía!!! [1]), was received by the Chilean State and the Patriotic Leagues of Chile as a settler of the La Unión commune in the de Los Ríos region. The usurpation of these lands was started more than seventy years ago through the violent and continual process of several decades, the principle persons responsible being Augusto and Teófilo Grob, grandfather and father of Augusto Grob Fuchs–current president of Colún, and of Roberto Grob Fuch–Councilman and pre-candidate for the local Magistrate of La Unión with the fascist party Alliance for Chile, the gangs of Hector Caro, Augusto Pinochet and by the so-called “democratic governments” exercising the STATE OF RIGHT!!!

In those lands, the powerful Grob empire established itself: the Teófilo Grob S.A. Industrial Society, COLÚN Agricultural and Dairy Cooperative, El Pilar Agriculture and Ranching Business, among many others.

This is why we attacked COLÚN, a capitalist business and enemy of the Mapuche people and of all the exploited of the world!!!

We think that solidarity only exists in the action itself that oversteps legality and brings back the enemy of all authority!!! Making their social peace explode in a matter of seconds.

We are enemies of the Chilean State and of all States without exception, and we will not tire until we live in a world without nations, borders, or anything that makes us rot.

We greet all the dignified prisoners of the prison world who with determination and bravery resists regimes of annihilation. Especially Stefano Fosco and Elisa Di Bernardo, anarchists imprisoned by the Italian State, actively in solidarity with the Mapuche people.

To the prisoners of the Security Case: Freddy, Marcelo and Juan. In memory of Matías Catrileo. Freedom to Celestino Córdova [2]!!! And to the beautiful flight of Hans Niemeyer.

______________
Translation Notes:
1: Pacification of La Araucanía
2: The only person arrested after arson to a mansion and execution of the large landowning Luchsinger McKayen family in the town of Vilcún, Araucanía region. Celestino was found shot and wounded 600 meters from the attack and is now in jail charged with arson and murder. See 1.
3: Expression in Mapudungun of the Mapuche warrior, meaning “Our Struggle Continues”.
4: This company has the tagline “Colún … all the magic of the South”, in relation to its products (made ​​with a base of environmental destruction and animal abuse) being the essence of southern Chile.
5: Mapudungun, meaning “Warriors”. 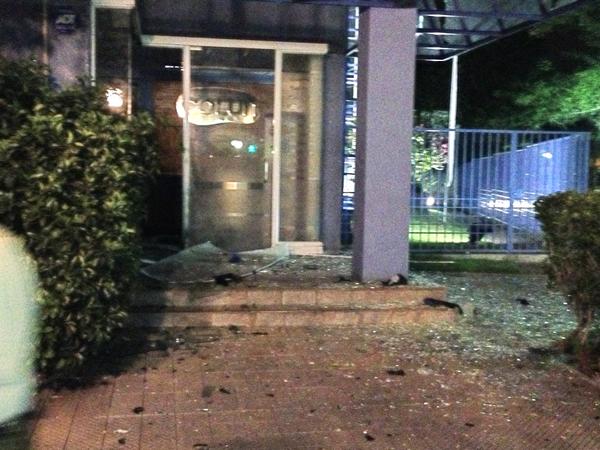 This entry was posted in Actions and tagged Chile, Mapuche. Bookmark the permalink.

1 Response to Chile: Claim for the bombing of the Colún agribusiness offices