Chile: Attacks in memory of Mauricio Morales in Santiago

from instintosalvaje, translated by wos: 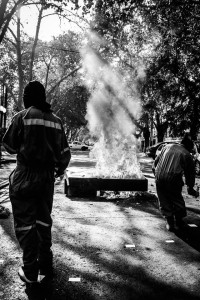 “This is why we call our anarchist compañerxs to abandon immobility, we make a call to coordination between affinities to carry out actions of every kind, to abandon the side of that spontaneity that leaves much to be desired.”
-Sebastián Oversluij Incendiary Cell-

“Because when freedom, love and anarchy accompany the beating of your heart, anarchy does not die in the mouth, it prevails in active hands.”
-Mauricio Morales, Punky Maury-

Days from a new commemoration of the death of our anarchist compañero Mauricio Morales, several anonymous groups  converged in a single action to remember our brother with fire.

We chose the UAHC for action on Thursday, May 15th, at about 2:00 pm, we went out to block off Condell street, and armed with molotov cocktails and paint, we waited for the police to start the clash. Shouts and leaflets full of memory erupted in the street, with the expectant gaze of those who wandered the university premises. On the arrival of the defenders of power, they were met with a little surprise, the anonymous were nowhere in sight, the primary target was the station of the PDI, an institution of delusional idiots who believe they’re playing at war with their sophisticated armaments, who of course do not frighten us, which brought about an attack of molotov cocktails in their faces, an attack that met no greater response than their retreat into their station of drug addiction and pedophilia.

The next target for our homemade armament were the vile police, who received a rain of paint and fire from the exterior and interior of the university, to which they responded with canons of water and tear gas. Once we used up the fuel and the air became impossible to breath, we shielded ourselves to retreat and slipped away far from the police perimeters.

With this action we want to keep alive the memory of our compañero Mauricio Morales, fallen on the day May 22 of 2009, when he was on his way to attack the bastard  torturers of the gendarmeria, the bomb that he carried with him unexpectedly exploding on him. We vindicate each gesture of struggle against the State and Capital, their power and all their coercive apparatuses, as well as the memory of those who have fallen in this war and of those who have been imprisoned for acting in it.

Note: The cells and groups are coordinating, be ready for the next attack.

Note 2: We reject any participation in our affinity group of the “drunk” encapuchado who went out to gather before the imminent clashes with the cops and/or pigs. It is completely necessary to reflect after that episode, and from our circle we reject the irresponsibility of acting “drunk” and/or “drugged,” for us agitation and conflict are not games; we make a call for responsible action by the individuals who join up with groups when they carry out a street action.

Note 3: Regarding the fist-fight that started inside and outside of the university between some students and anonymous persons, we make clear that that arose out of a student harassing the group of encapuchadxs who attacked the cops from inside the U; to the cowards with airs of brave heroes who told off our comrades, we don’t buy it. Anyone who acts like police will be treated as such. Without anything else to clear up, bring out the guns, fucking bastard. 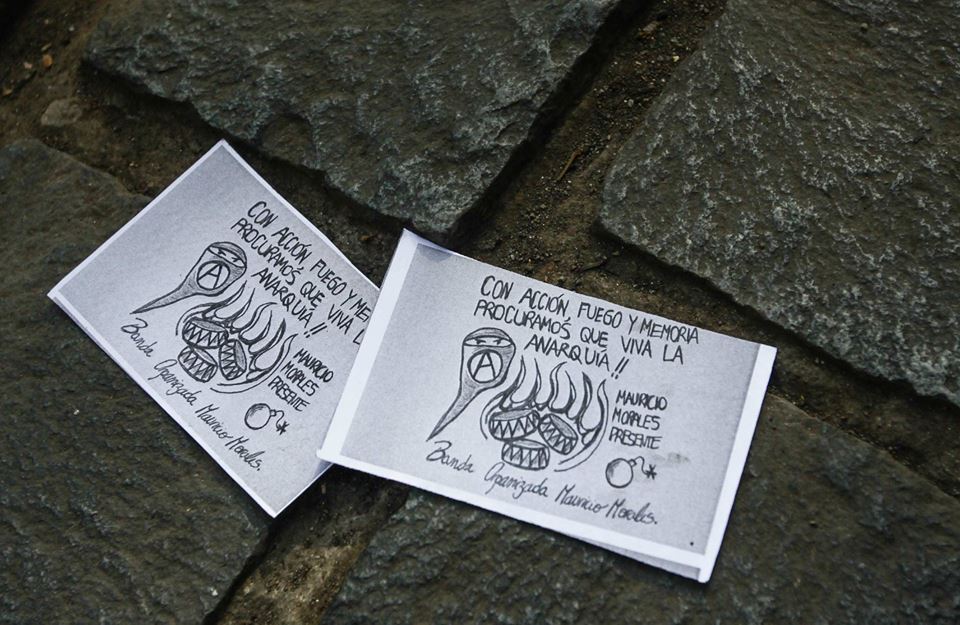 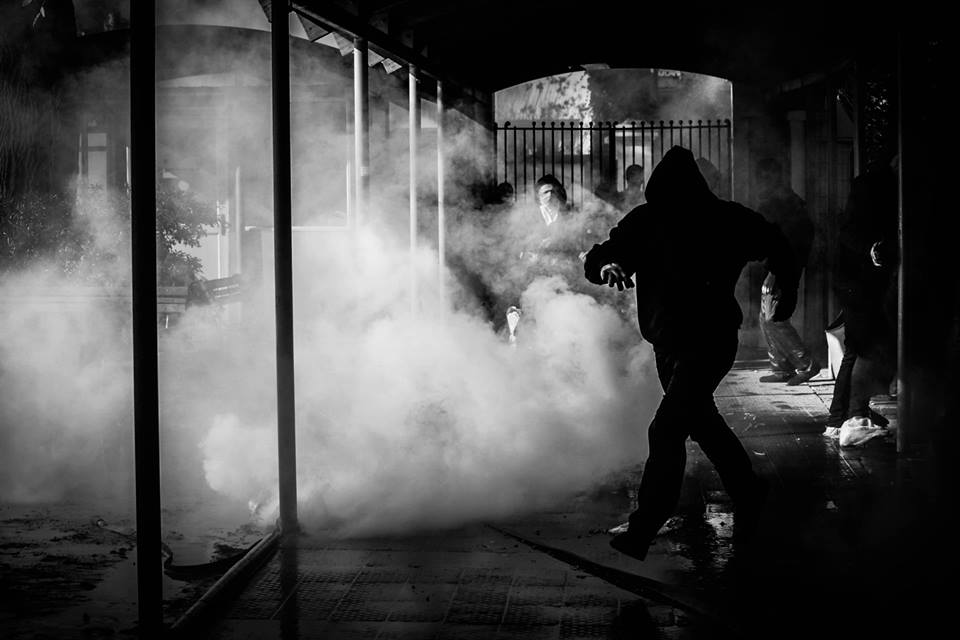 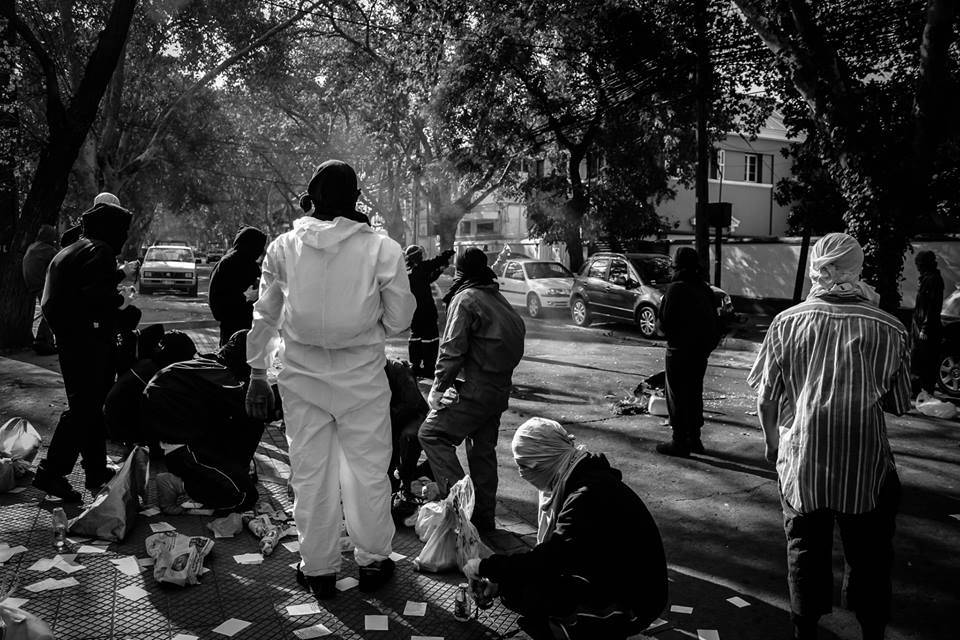