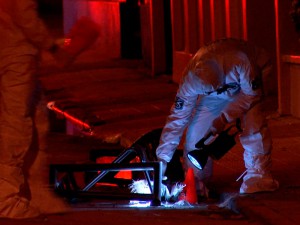 During the morning of June 5th, unknown persons placed an explosive device, which according to the press was made of a TNT charge.

The windows and part of the armored door were destroyed at the Centro de Reinserción para Reos, located on Avenida Matta and Manual Antonio Tocornal directly in front of the Gendarmeria Academy.

After the attack on the torturers’ precincts, personnel from GOPE, Labocar and OS-9 quickly closed off the area in search of traces and evidence, while a heavily-armed riot squad also patrolled the area.

The attack happened shortly after 5 years since the death in combat of the anarchist compañero Mauricio Morales on May 22, 2009, when the explosive device that he was carrying near the Gendarmeria Academy detonated, and also a day after the gendarmeria stalked the family of Juan, Freddy and Marcelo, accusing them of a supposed escape attempt during the trial being held against them for the assault on a pair of banks and the death of a police officer.

Pamphlets and banners were not found in the area, and at this time no one has claimed the attack.

Video from the press: 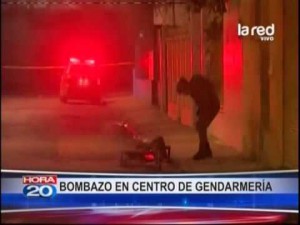 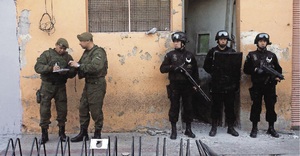