Spain: Reflections on anarchism…Francisco Solar Dominguez from inside Villabona prison in Asturias 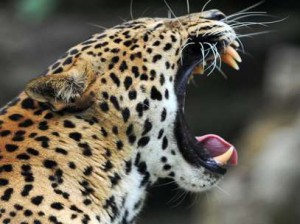 I have been thinking about the coherency and consistency of anarchism, to determine what it is that ultimately motivates us to declare ourselves anarchists and not something else, what is it that leads us to leave a life where one of the most recurring themes are the police, surveillance, and prison, aspects that obviously no one likes but are always around because they mark our daily lives. I believe that anti-authoritarianism is central in this feeling, is what along with the intent of freedom differentiates us politically from other political currents as well as inside of our own anarchism. And it is that anti-authoritarianism implies a break with the entire existent and the ideas which are its sustenance, within which the “judeo christian” paradigm of progress is found entrenched in the majority of occidental thought, whether revolutionary or not. Therefore, is it necessary to break away from the judeo christian tradition of thought? Obviously. If anarchism intends to break with the existent in can not be part of the reproduction of one of the pillars of oppression: holy thought. It is true that a large part of the anarchist current postulates that thanks to social revolution a state of complete harmony will be reached, that due to science we will reach plenitude. This is found in a large part of anarchist literature from the 19th and beginning of the 20th century which is imbued with the illustration and consequent adoration of reason. Consequently, holy thought is maintained, is not questioned, so that an actual breaking with the imposed is not generated. Anarchism becomes sacred in the same way as is chrisitanity.

However there are positions that do not follow the same game such as the approaches of Bakunin and Stirner. The first by showing that all destruction is at the same time creation, separates from the exemplified ways of thinking opening new doors for us. Destruction and creation would be inseparable, they would not constitute separate phases, it is just that to break with the existent will open a wide spectrum of possibilities marked by constant revolt. On his part Stirner clearly affirms: ““The sacred is by no means so easily to be set aside as many at present affirm, who no longer take this “unsuitable” word into their mouths. However human this sacred thing may look, though it be the Human itself, that does not take away its sacredness, but at most changes it from an unearthly to an earthly sacred thing, from a divine one to a human.” (Stirner: 2007. P44)

This enlightenment replaces the sacred object: the State, resulting from and an expression of reason takes the place of god acquiring the same characteristics, that which assures an absolute dominion. This “transfer of powers” reflects the continuity of a determined structure of thought which manifests in a large part of western revolutionary movements. It reproduces the paradigm of oppression. In this way, it makes it indispensable to create a fracturing from “the sacred” in whichever of its forms, whether science or political doctrine. In this way the questioning of ourselves and our environment attempts to eliminate each holy expression of our relations, which ultimately is the manifestation of authority. We are iconoclasts. Therefore, I think that in this pursuit we should be consistent; we are not the saviors of anything or anyone if we confront power it is because we want to eliminate it from our lives and not because we hoping a paradise will arise from its ruins. What is ours is the complete negation of the existent and what this offers is a mystery. This is what motivates us.

This entry was posted in Communiques and tagged Francisco Solar, Spain. Bookmark the permalink.

1 Response to Spain: Reflections on anarchism…Francisco Solar Dominguez from inside Villabona prison in Asturias