Chile: Claim for explosive device at Center for Social Reintegration in Santiago 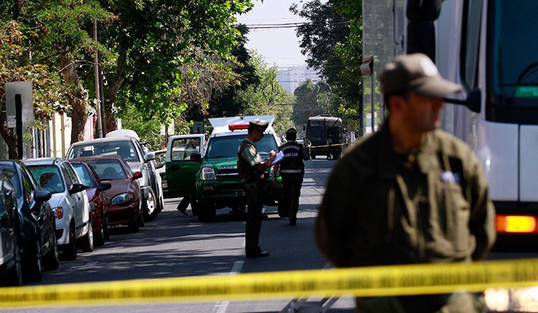 Text from Contrainfo, translation WOS; also see this report from the press:

On February 11, we headed for the intersection of Pedro Lagos and Arturo Prat, where the Chilean gendarmerie have their Center for Social Reintegration, and there we proceeded to place a powerful time-delayed bomb. This was a conscious and libertarian act which, far from wishing to harm passersby, sought to directly attack not only the premises’ facilities but also to in a single blow possibly take away the life of some guards, without regard to their rank or status. For us, putting an end to any of these miserables will always be a pleasure.

It is worth mentioning that the device failed, and that this clearly happened because of our mistake in its placement, and not the effective work of the police, as they are saying in the press.

Along with this, we take this opportunity to warn all those uniformed subhumans, especially Lieutenant Lagos and the gang of thugs in the privatized Santiago 1 Prison, that today we pulled together an explosive device, and tomorrow it could be 9 millimeters in your heads. Know this and know it well: the political prisoners are not to be touched.

With this explosion we greet our sisters and brothers imprisoned in various confinement centers all across the world. The always subversive Juan Aliste Vega, Marcelo Villarroel Sepúlveda and Freddy Fuentevilla Saa, resisting with dignity from the High Security Prison after being sentenced in the spectacular Security Case.

Francisco Solar and Mónica Caballero, compañerxs on trial in Spain as scapegoats of the new internal enemy to combat. Compañerxs, your courage fills us with conviction.

For us it is necessary to remember that, in an Action like the one we undertook today, but now nearly seven years ago, the compañero Mauricio Morales Duarte died as a result of the premature detonation of the explosive device he carried with him. Compañero, today you were more present than ever in our hearts.

Honor and Glory to the warriors fallen in the struggle against the State/Capital.

Sebastián Oversluij and Mauricio Morales: present in every blow against Power.

Political Prisoners of War, to the Streets!!
To the Streets to advance the Insurrection!! 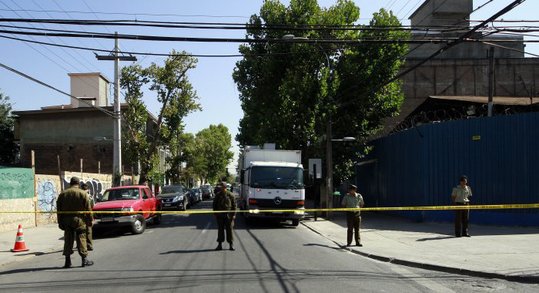 1 Response to Chile: Claim for explosive device at Center for Social Reintegration in Santiago