The political trial continues and begins to advance slowly chapter after chapter with the particular accusation against each comrade, bringing different police officers, experts or simply “at the scene” witnesses. This time the trial was suspended due to the extensive and continuous months of daily hearings, setting aside 5 days of “rest” to then return on February 13. The rhythm continues to be slow and tedious, so the prosecution asked for a day of recess at the beginning of next week (February 20) to put their evidence in order to present only the “important” witnesses after the tribunal’s continual appeals of attention; next week the evidence relating to this same chapter will continue. 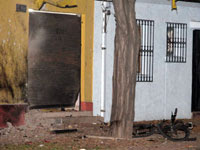 In the early hours of May 22, 2009 in the streets of downtown Santiago, an explosive device made of a fire extinguisher full of black powder detonated, killing the comrade Mauricio Morales in the act. The security cameras of a nearby businesses captured two cyclists who were lost in the distance until a flash of light shows the explosion of the bomb near the companion and causing the death of Mauricio. In the place remains his body, a revolver and a bicycle.

Due to the relative proximity, the police and the press presume that the target was the police barracks. The comrade Felipe Guerra is accused of being Mauricio’s companion that night.

Disrespect of the body, the final revenge of the powerful

A few minutes after the explosion, police patrols began to arrive and then the supposed specialists of the different police agencies. During the trial, each one of the uniforms has had to tell how they came to the place, what they did and what they saw. The disrespect for the body of “the anarchist” was never in doubt as they manipulated it, being grotesque in photographing and describing his state, coming to show his body during the night to the neighbors in order to see if they could recognize it (the body being unrecognizable, the sole objective of this situation was for the police to instill fear in everyone who was there).

What differentiates this behavior from others that have transpired and been publicly denounced? It is no less certain that the context is different, the revenge and disrespect are too, but the essence remains intact. The video of Soldiers urinating on corpses in Afghanistan (see here) or the photographs of the torturers in Abu Ghraib prison together with the bodies, smiling (see here) is the most crude expression of this post-mortem revenge on the part of the repressive forces, but in democracy this getting-even against the body has other styles, less dirty and grotesque but no less shadowy for all that.

During these days in the trial, the prosecution again do their thing, showing the images from that night through a projector until the cows come home, bringing to the stand all the police who were there that day and showing each one of them the entire slideshow. Then bringing the person who made the autopsy and thus an endless amount of evidence and photographs from that night. 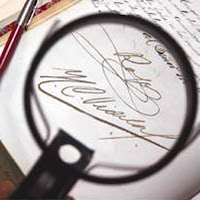 In spite of all the spectacle with which the prosecution seeks to tint this event, it being one of the “landmarks” of the bombs case. Obvious contradictions have been revealed among the testimonies of different police officers and neighbors about the police work, but even so, one thing has remained clear: The disregard and carelessness with which the police act: Being one of the event’s most complex and important areas of the investigation and where more police agencies participate, one observes confusion and manipulation of the evidence, a specialist expert in fingerprints who does not know how to distinguish a right hand from a left one, disorder in the experts’ reports and straight-up falsification of these reports.

During the cross-examination, the defense showed a planimetrics expert, Mr. Edalio Gallardo Rios, the report and asked him routinely, “Is this your signature?” To which, to the surprise of everyone involved, Edalio answered, “No,” and then awkwardly tried to argue that that is a regular practice in the team where any person signs for another when they’re not there, without even knowing who signed or if it was a specialist, police officer or not. Moreover, after this embarrassment he is shown another report (a map of the La Idea squat) that he has signed, in order for him to effectively manage to find his signature, and once again he says that this is not his and that someone falsified it.

The next day, the same happens again and this time Francisco Gallardo is supplanted in the expert report by some unknown person who signed his report.

With these events, two cases of falsification are publicly instructed, again creating repercussions in the “official” press.

The prosecution in its order began to bring explosives specialists who leave much to be desired, a GOPE agent with more than 20 years of experience is revealed as not remembering the ingredients for making black powder (ingredients that during the trial have been aired and repeated to death by all the police–specialists or not). Then come the police of the PDI who make a reenactment of the death of mauri. In this reenactment the police created and detonated a fire extinguisher full of black powder in front of different dummies; the expert clearly omitted what happened to the dummies that were nearby, saying flatly that the proximate dummy did not receive any damages.

In this way the defense requests “new evidence” and shows a part of the “special report” program where one sees the original video of the reenactment and observes the damages of the dummy that was the supposed “companion” of Mauricio, damages that the comrade Felipe clearly does not have.

The prosecutor objects and the tribunal demands that he say if he has the original video of that reenactment in his folders, the prosecutor says that he does not know, then after a good time spent searching confesses that that video is not in the folders. In conclusion, the prosecutor in his disorder and disorganization did not present nor even see the video that made its way to the journalists so that 3 days after the filing of charges it was published on the government channel. Finally he showed the video, leaving the witness in obvious contradiction and ordering an investigation against whoever ends up responsible for the leaking of this video to the press, it being at the time a secret piece of evidence in the first months under the anti-terrorist law.

For these past two weeks, the prosecution has continued with their absurd round of questions, repeating and insisting stupidly/whinily with some questions. Across the entirety of the trial one only observes an effort to delay the process, prolonging it unnecessarily, in this regard on two opportunities the tribunal has again sentenced the prosecution to pay the costs (process costs) for making them “lose time” and for excessively prolonging some incidents.

Crazy Minister Hinzpeter: “You are going to see sentences in the bombs case” 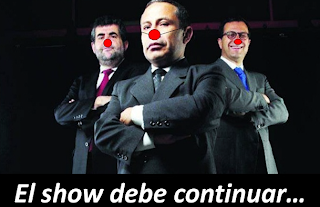 "The show must go on"

In a television interview, the Minister of the Interior again speaks of the bombs case, this time using the vague argument that the ex-Prosecutor Peña used in his letter, grossly omitting that he applied all the pressures to put this prosecutor in charge of the investigation to press charges and then brought him to work at his ministry, that part of “the institution” does not count.

Below, some of what he said:

“What matters to the Minister of the Interior? It is the final sentencing. One will see failures to convict or acquittals, but what do I work in? The institution, the Ministry of the Interior, has not been the one who has determined that someone is arrested or not.”

With respect to the ‘validity’ of the arrests that the journalist asked him about:

“That decision was executed by a prosecutor, by the order of the warrant judge. It was revised by a second warrant judge and during the eight months that the persons were subjected to preventive prison, it was revised by close to 15 magistrates of the Court of Appeals (…) These are decisions that are not made by the Ministry of the Interior.”

The interviewer said to him that with respect to the charges, “there are two possibilities, either they simply had nothing to do with it, or–” to which the Minister of the Interior interrupted, saying, “or they are unable to prove,” and continued by concluding,

“I think that it is a mix. You are going to see punishments; I believe that there are precedents for the process that are going to allow the handing down of sentences for placement of explosive devices.

Because, there is confusion here, there are people with bad intentions who want to give the feeling that there have been Chileans who have been arrested because the Minister of the Interior decided so. That is a lie!”

To the journalist’s question about the reduction of bomb attempts after the arrests, the minister responded: 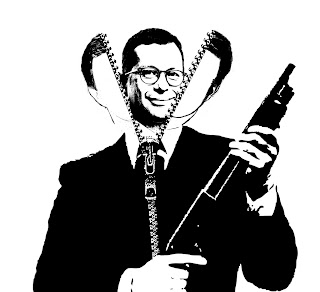 “They have reduced; there have been people who said, who invented that they had placed bombs in Chile, then there was the disgrace of this citizen Pitronello whose bomb exploded on him, Mr. Niemeger who also is being investigated for a bomb situation. We have had some incendiary attempts I believe that there are some anarchist movements who have started to change their pattern of behavior from the fire extinguisher with black powder to the use of fire…

About the sense of collapse of the case, Hinzpeter said with a straight face:

“Here the information has been manipulated… when institutions function in a country, one has to be content and not be fooling nor creating the false sense of a crazy Minister of the Interior acting outside of the law who arrests people because he guesses they are bomb-placers; that is a caricature that has no foundation nor a bit of sense.”

It is around this time that different juridical-political cases are arriving at tribunals, although this is presented as an emblematic case, we remember that these days charges are being brought against Luciano Pitronello (under the anti-terrorist law accused of placing an explosive device in a bank) and against Marcelo Villarroel, Juan Aliste and Freddy Fuentevilla currently on hunger strike (accused of bank robbery and the death of a police officer), where they will present a number of witnesses, evidence and requested sentencing, to then on the next date prepare the oral trial and finally face the tribunal in the coming months.

END TO THE ANTI-TERRORIST LAW!
FOR THE ABSOLUTION OF THE 5 COMRADES ACCUSED FOR THE “BOMBS CASE”!!
THE BEST DEFENSE IN ALL JURIDICAL TRIALS: SOLIDARITY!