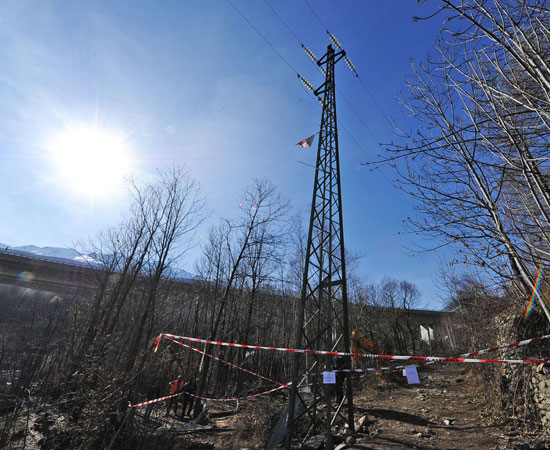 2nd Update 2/28 11:30 Italian time, from radio blackout: Luca remains in an induced coma, but today 2/28 the comrade was awakened for a few minutes, the doctors asked him to move a finger and an arm. Luca understood the questions and could move them, and this is a good sign of his cerebral function. Then they again sedated him with drugs. He will continue to be in an induced coma. Strength, Luca, we are with you!

Meanwhile in Val Susa road and highway blockades continue one after another to impede the riot cops’ ability to make shift changes. There were evictions, but the comrades reoccupied. Tonight the road blockades will continue.

Update 2/28: Doctors have said Luca’s life is no longer in danger. He is in an induced coma. Numerous road and rail blockades. Anonymous hacked police websites with message sending strength to Luca. More info (Italian) at notav.info

from informa-azione, translated by war on society:

This morning [27 Feb], work started on the eviction and demolition of the Clarea Hut, along with the transport of materials and expropriation of the land. Luca Abbà, a No TAV resister, at around 8:30 climbed an electrical tower to try to slow the military-industrial operation. A cop tried to take him down, an absolutely murderous maneuver, without nets or other security equipment. Luca then communicated that he would not desist, and indeed in climbing higher he received a strong electric shock and fell several meters. The responsibility of the police is irrefutable. Cops, murderers!

While Luca was in the Turin CTO air-transport, nearly an hour after the “accident” caused by the repressive forces, work continues in the Valley, beginning the expropriation of its land, around the walls of Jersey.

For continues updates, information on how to get to the Valle and initiatives in other cities follow the live stream of Radio Blackout [Italian]. 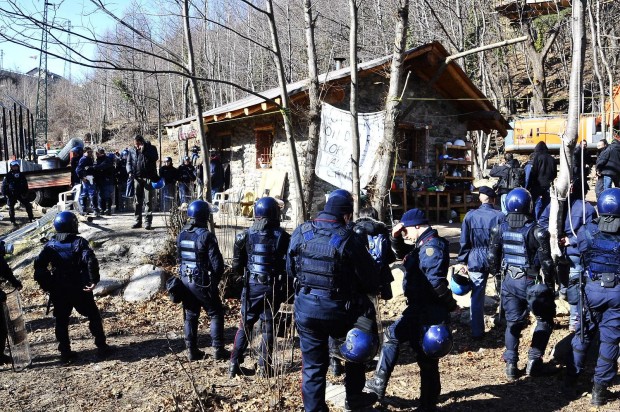 This entry was posted in Updates and tagged Italy, Luca Abbà, No TAV. Bookmark the permalink.