Chile: Claim for the incendiary attack on the giant Christmas tree in the commercial center of Santiago

Life has been argued under a monothematic-robotic standard in which peace, happiness and a simple gesture such as a smile have become unacceptable to the maintenance and viability of this repugnant society in which we are born and raised as ROBOTS, TODAY WE DECIDED TO BE individuals, INDIVIDUALS inflamed on this day up to the last neuron, the last drop of blood, the last breath, on fire with the most destructive love of life. Positioned before this scheme of BOREDOM, consumption and pre-planned necessities for the sustainability of this system of death and boredom, this scheme which is Christmas, its beliefs and the attitudes that the putrefied citizenry shows on its days.

On Friday, December 14, we converged in the vicinity of the University of Santiago and, organized beforehand, we proceeded to block traffic on both streets, quickly approaching the tree and throwing approximately 20 molotov cocktails at it with the intention of completely incinerating it, and the routine of the alienated pedestrians abruptly broke, since the guardian bastards gave their lives to save the fucking tree and put it out with fire extinguishers. The fire did not grow to the extreme that we had hoped WHEN we decided to enter, but the tree was put out of service in every way and the area’s security were left with their pants down, which in no way demotivated us, it being our intention to destroy one second of calm for the city and its citizens and attack the tree and that was accomplished. If anyone asks why we attacked something so symbolic… well it starts with the factions taking stances, we attacked a symbol with the intention of screaming fiercely in the faces of the vigilantes of our lives that: just as we put a “pretty” gesture of your foul-smelling alienated processes out of service, on any day we will allow ourselves to fall upon your houses, or upon your days, perhaps when you return from work, perhaps on the weekend when you are with your families:

Police, gendarmes, rats, soldiers, judges, prosecutors, politickers, AUTHORITIES IN YOUR GRANDIOSITY, WATCH YOUR STEPS BECAUSE THE INDOMITABLE CHILDREN WILL OPEN YOUR THROATS WITH OUR FANGS ON ANY DAY, AND WE WILL NOT HESITATE TO NOURISH THE EARTH THAT YOU HAVE DESTROYED, WATERING IT WITH YOUR BLOOD, WE DECLARE OURSELVES AT WAR WITH SOCIETY AND WITH THE LIFE THAT YOU HAVE OBLIGATED US TO LIVE.

WE ARE FOR THE DESTRUCTION OF THE ESTABLISHED
AND FOR THE ASSASSINATION ALL AUTHORITY.

FIRE TO THE SCHOOLS and All of the Prisons, to everything alienated, to recreational drugs (all drugs), FIRE TO THE CLUBS, MOVIE THEATERS, families, authoritarian parents, PSYCHIATRISTS, street-corner hustling, TO THE HOSPITALS, THE CITY AND THE CIVILIZATION FROM ITS CONCEPTS, VALUES, AND FEARS TO ITS VIGILANTES, fire TO OUR INTERNAL CITY and TO ALL THE CITIES OF THE WORLD, FIRE, ARSON, DYNAMITE FOR THEM, FOR ALL OF IT.

YESTERDAY IS A FAILURE, TOMORROW A MYSTERY, TODAY A GIFT.
DEATH TO ANARCHISM AND LONG LIVE MOTHERFUCKING ANARCHY. Photos from the press: 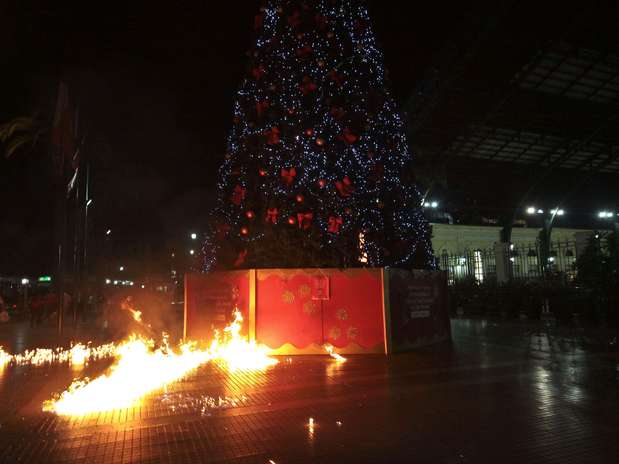 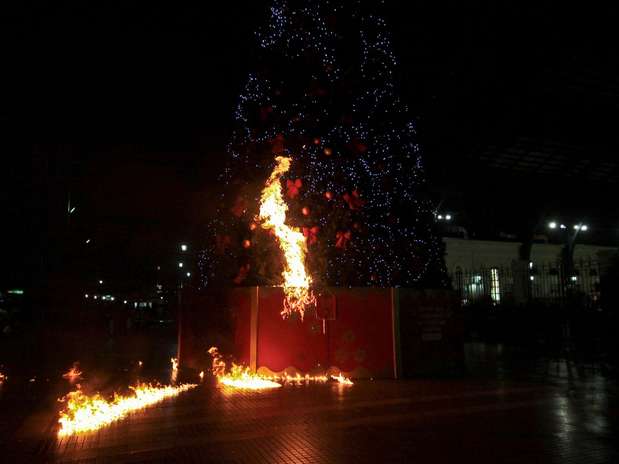 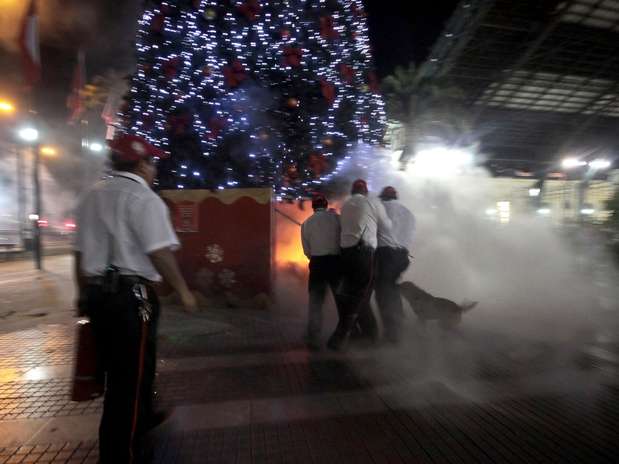 This entry was posted in Actions, Favorites and tagged Chile. Bookmark the permalink.