Call for a Black February! 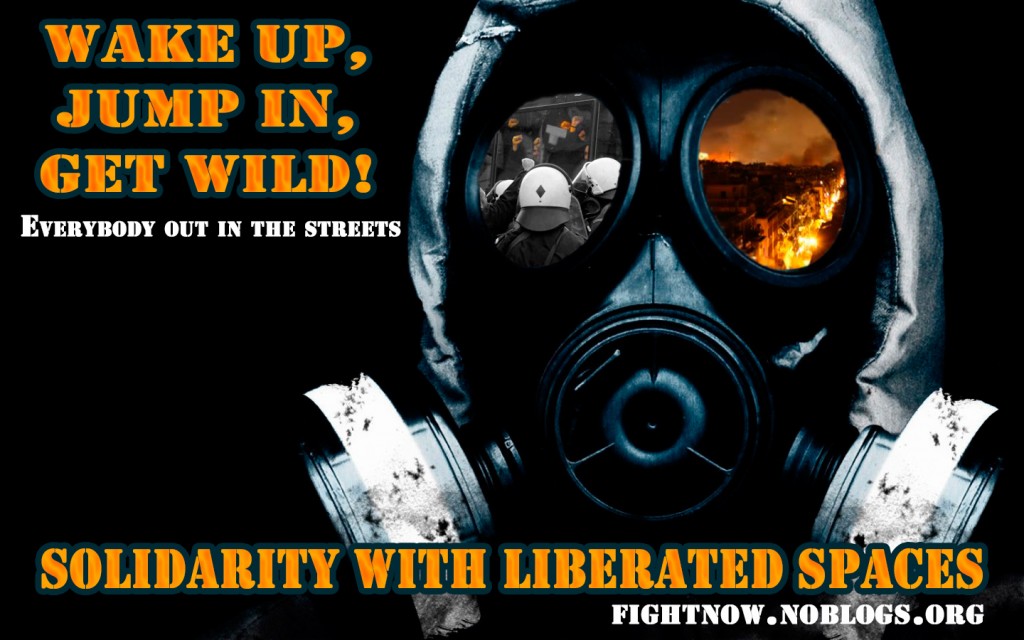 We call for a worldwide campaign of direct actions in solidarity with liberated spaces from the 2nd to the 12th of February 2013.

But we don’t want to stop after a couple of actions, because this is much more than just a reaction to repression. This is a call out to all anarchists and anti-authoritarians to fight now across the world.

Even though the recent onslaught of the Greek State against the anarchist/anti-authoritarian spectrum was the initial spark for writing this call, several examples around the globe show us that the police and municipal authorities along with giant corporations are cooperating excellently with each other, attacking solidarian structures and pacifying societies at a transnational level. During the past few weeks and months, in parts of the world, where people suffer from the systematic impoverishment and extended gentrification plans, it increasingly came to State/Capital’s attacks on radical movements, including repression against concrete forms of resistance such as land occupations, autonomous projects, company headquarters’ occupations, or strike actions. It thus deems important that we also connect our struggles worldwide, and fight back in the here and now. Action in response to attacks on squatted spaces at your location could be the spark for you. Take action on the streets and let your imagination run wild to spread the message of active resistance.

Our comrades are still imprisoned across the world. Many of our self-organized spaces are being raided or evicted, our infrastructure is under siege, and our counter-information media are censored or hindered. Whenever we express our ideas in public, uniformed robocops are lurking everywhere. Surveillance machinery follows every single move we make, while the State counts on the support of an armed fascist mob… But our existential fight is more than defence of solid spaces.

So, it’s time we say enough with permanent defeatism. Social war is waged independently from evictions or detentions. There are no borders in our hearts. For each project destroyed, two new ones should arise across the globe. For each imprisoned comrade, our actions should do the talking.

FOR A BLACK FEBRUARY

This entry was posted in Communiques. Bookmark the permalink.