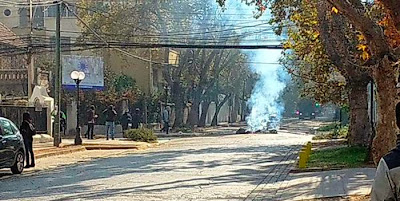 At noon on Wednesday, May 13 anarchist comrades lit up barricades outside UACH (Austral University of Chile) and distributed propaganda in solidarity with the demands of the comrades Juan, Nataly and Guillermo, on hunger strike since April 14th and in combative memory of fallen anarchist comrade Mauricio Morales who died in 2009 when an explosive device he was carrying on the way to the prison warden’s school in Santiago detonated prematurely. Upon arrival of the police fierce clashes erupted with molotov cocktails and rocks thrown at the uniformed scum. The photos were taken at the end of the fighting.

A full Spanish-language communique of the action is available on the Contra Info website here. 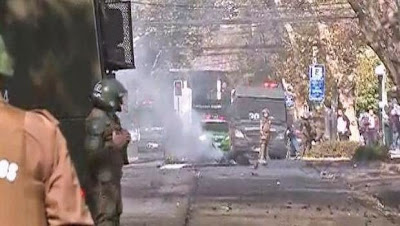