Chile: Summary of the bombs case trial April 30 to May 18

Posted on May 27, 2012 by Gabriella Segata Antolini

The defense lawyers begin their evidence. 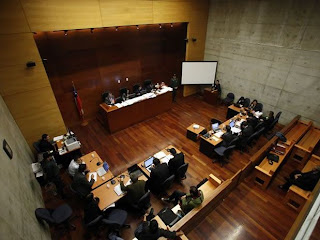 Obviously more quickly and concisely, the experts and witnesses began to testify on behalf of the accused. In the first place there was the comrade Francisco Solar‘s defense, where they ended by discrediting the much feared and at the same time insignificant and imprecise “traces of explosive,” then came the comrade Mónica Caballero‘s defense bringing a resident of the squatted house la Crota denying all the fantasies that they said about “safe houses” or places strictly restricted for the fabrication and planning of explosive devices.

Then came the defense of the supposed “financier” Omar Hermosilla, where the witness said the obvious, that the money was destined for the support of political prisoners, likewise there were also family members of these prisoners to testify that the money got to them to support the commissions and state of the prisoner in the prisons.

During Omar’s defense they also presented the expert Gabriel Salazar, an awarded national historian, who testified about wide and various topics from which the press included a couple of things:

“It is an illusion that squatted houses are terrorist centers”; “Any warrior with a minimum of instruction is not going to organize or act violent in a squat, they’re going to do it somewhere else.”

“One cannot say that due to the fact that the youth gather there, that there are several who are anarchists and they get together in the squat, that this forms part of a network, an infrastructure, a conspiratorial association of terrorist nature. That is an illusion of the prosecutorial terrorist figure, almost a frame-up.” 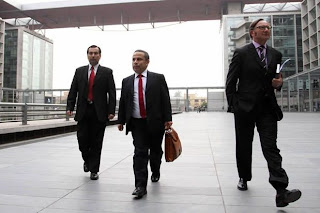 Ex-Prosecutor Peña, present functionary of the Ministry of the Interior presenting himself as witness

This same defense also brought Hinzpeter (Minister of the Interior) to testify and the ex-prosecutor Alejandro Peña, generating a journalistic expectancy, but the law empowers the minister to testify under his own conditions — that is to say, on the day of his choosing and in the place where he decides. These “demands” of Hinzpeter’s caused the trial to be delayed so much that the tribunal had to go to see if the place was appropriate for security as well as for physical layout, changing the place twice while in the meantime the trial was suspended and then resumed again from May 11 to 16th.

After the trial was resumed, the Minister of the Interior again changed the place of his testimony and the date, putting it — for now — in the Department of Immigration and Migration of the Ministry of the Interior, located at 540 San Antonio, 4th floor, at 9 AM on May 24.

The other defense lawyers continue:

After the recess and awaiting Hinzpeter’s testimony, the other defense lawyers started to show their evidence; for their part the delirious insect’s defense that is based in his deplorable psychological state and drug addiction. Then was the turn of the compañero Felipe Guerra whose defense is based on the supposed hearing damage that he should have according to the police, considering the proximity of the companion to Mauricio Morales, damage that the accused does not have. The evidence of this defense still remain, and then Carlos Riveros, accused of the nonexistence financing of terrorism.

They’ve created during these weeks an investigative commission in congress to clarify who are the “politically responsible” for the bombs case. Representatives form the opposition, the Concertación [coalition of center-left political parties – transl] and other leftist parties will ask for Hinzpeter and  Peña, among others, to testify, saying: “We want to make transparent all the procedures that happened and determine the responsibilities of the ex-prosecutor (Peña), who was strangely transferred to the  Government to be head of the Division of Studies of the Ministry of the Interior.”

The representatives leaked to the periodical “La Segunda” some of the questions that they will ask them: “When did the conversations between the Minister of the Interior and the then-prosecutor for his job-signing?” “What functionary of the Government made the job offer to Mr. Peña?” Had Mr. Peña influenced that offer at the time of legal action in this case?

We deliver this information not to speak to the representatives nor much less to believe in their opportunist lies. We do not forget the responsibility in the creation of offices of security destined to the annihilation and confinement of revolutionaries during the 90s, the executions of Mapuche in the south, nor the hypocrisy with which they now criticize the anti-terrorist law when it was they who forged it, perfected it, adapted it and even created special prisons for the accused.

This investigative commission is a demonstration of the gross and blatant political profiteering of some sectors of power. Even so, it comes up as a complication and loss of prestige from some of their own class when they seek to critique those who forged this legal monstrosity. 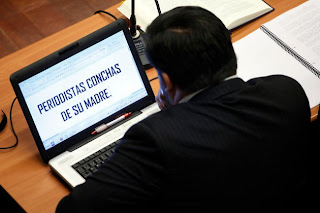 A little gem of the journalist profession decided to confuse everything in the bombs case. Firstly calling a witness as one of the accused, and then photographing the sketches and notes of the lawyers and the accused. Finally and in spite of the tribunal’s prohibitions against photographing the defense’s computers, the press published this photograph, putting it also under the new title of “defense attorney.” Obviously the photograph caused some “polemic” on the internet, although in fact several commentaries in support of the “defense attorney.”

The stupidity has no limits: On Russian Rocket and connections 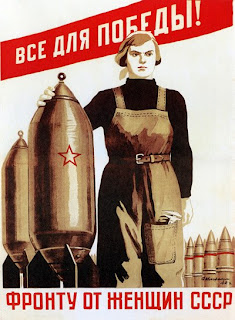 On May 16 in Villa Olimpica, a neighborhood of Ñuñoa, an explosion seriously wounded a worker who was doing reconstruction work in the buildings after the earthquake. The worker had confused a grenade for scrap metal and after some time it was discovered that the father of a former inhabitant of these apartments had been in the  air force and had kept it stored as a “reminder.”

The mayor’s own carelessness in his own estate caused him to rave and hallucinate about new connections. Apparently, utilizing the “bombs case” as a political strategy to speak of social control or of hidden networks after any occurrence has become all too common.

Pedro Sabat, mayor of National Renovation for Ñuñoa indicated that these events had some relation with “arrests of some persons that had to do with the bombs case, in these same buildings, in these same departments, thus it is probable that there would be a relation,” he also said, “According to information that we have in the cellar of this building there were explosive devices found. That was at the time when the investigation began and that led to the arrest of a person from here.” In the end Sabat ended by giving his version about the device: “It was shocking to know, not for certain, at least at this point, of what had been a military device of Soviet nature.”

Unfortunately for the mayor and far from the anti-communist fantasies, in the end it didn’t end up being a rocket but rather a grenade and one belonging to the Army and not the USSR.

[links to press interviews about the bombs case and descriptions of their contents omitted. – transl.]

END TO THE ANTI-TERRORIST LAW AND ALL OF ITS CASES!

ABSOLUTION OF THE ARRESTED!

1 Response to Chile: Summary of the bombs case trial April 30 to May 18